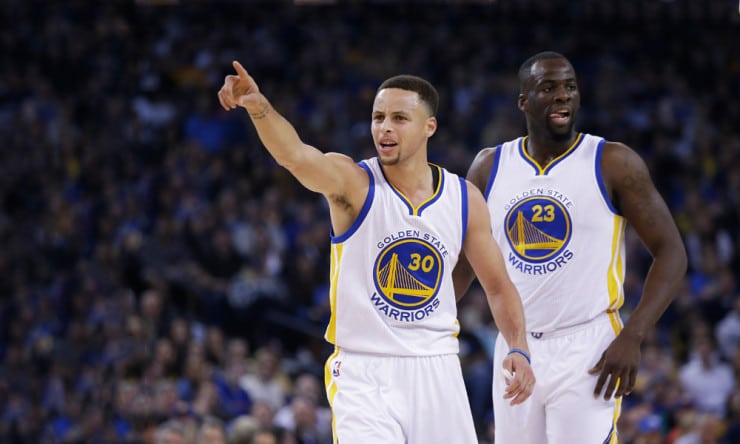 After a stilted performance in Vancouver this past Saturday, Tuesday’s preseason home opener gave Golden State Warriors fans, and probably Kevin Durant, more of what they wanted. This was the show, dominance with flare. This was a glimpse of the Warriors as promised, despite the lack of practice time, despite whatever awkwardness might occur when so many can credibly claim the rock.

The dam broke less than two minutes into the Warriors’ 120-75 win over the Los Angeles Clippers. In semi-transition, Stephen Curry found himself open beyond the arc. In most situations this was a no-brainer shot attempt, but Curry used the opportunity to shot fake, drive and kick to a waiting Durant. Splash, followed by an unceasing deluge.