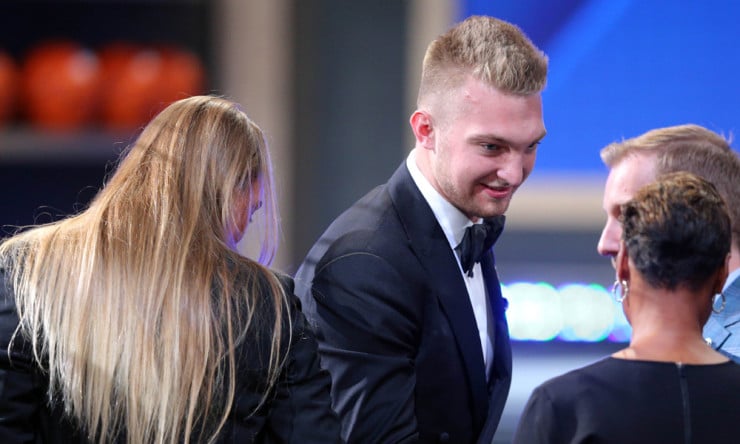 With the 11th pick in the draft, the Orlando Magic have selected power forward Domantas Sabonis out of Gonzaga. Just minutes before the pick, it was reported that the Magic would be trading Victor Oladipo, Ersan Ilyasova and the rights to Sabonis to the Oklahoma City Thunder in exchange for Serge Ibaka.

The trade will bring a proven veteran in Ibaka to a young Magic team and it will give the Thunder another scoring weapon behind Kevin Durant and Russell Westbrook. In addition, the Thunder will pick up a young replacement for Ibaka in Sabonis.

The Magic were said to be aggressively shopping the 11th pick in an attempt to bring back a proven veteran. The team has transitioned into a “win-now” type of philosophy and adding another young player that would need time to develop didn’t fit into their plans. It remains to be seen if the Magic will look to make additional moves, but adding a defensive-minded player in Ibaka seems like a great fit. The only risk involved is that Ibaka can be an unrestricted free agent next year.

Parting ways with Oladipo makes some sense for the Magic, as Oladipo will become a restrcited free agent next summer. In addition to Oladipo, they also have another shooting guard on the roster in Evan Fournier, who is set to enter restricted free agency this summer. Trading Oladipo now makes sense as the Magic would likely not have kept both Oladipo and Fournier.

Sabonis seems to be a great fit for the Thunder. He’s proven to have a lot of strength and was an excellent rebounder. He averaged 17.5 points, 11.8 rebounds and 1.8 assists for Gonzaga. He figures to benefit from a situation in which he won’t be counted on to do too much for the Thunder and can learn behind the veteran players and continue to develop his game.

The Thunder entered tonight’s draft without having a draft pick in either round. Parting ways with Ibaka doesn’t seem all that surprising considering that adding Oladipo will the allow the team to continue playing small, which worked well for them in the playoffs.