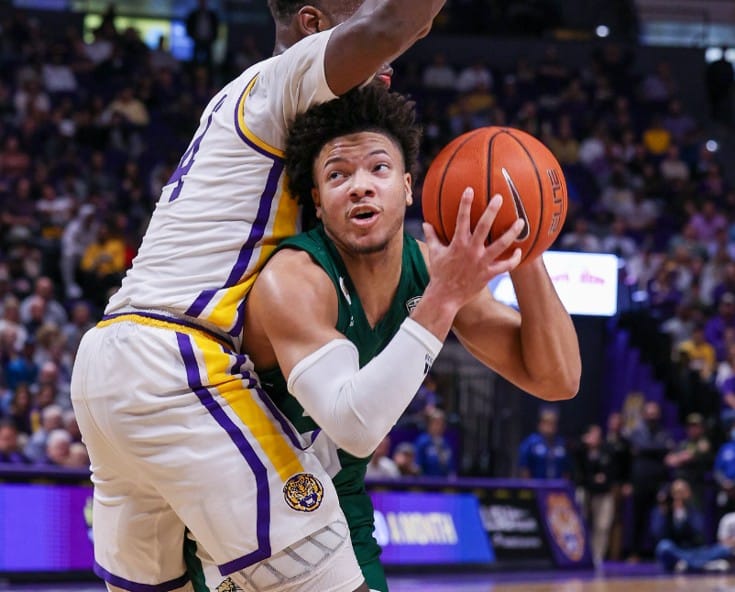 Can Mark Sears and the Bobcats win over the Wildcats down in Florida? The sophomore guard is averaging 19.1 points and 4.1 assists per game this season. Ohio is 2-6 ATS in its previous eight games played on a Monday. Including the starting lineups, our top March Madness picks, injuries and betting trends are featured below.

All Abilene Christian vs Ohio betting odds can be found at BetOnline.

Heading into tonight’s CBI Tournament contest, the Abilene Christian Wildcats will have to play almost perfect if they want to defeat the No. 3 Ohio Bobcats. The Wildcats finished 11-7 versus their WAC opponents. And, the team is 7-3 in its past 10 games played. On Sunday, in their 82-70 upset win over the No. 11 Troy Trojans, guard Coryon Mason led ACU in scoring with 19 points in 24 minutes played.

Furthermore, Cameron Steele supported Mason with 18 points and 7.0 rebounds in 19 minutes of action. While the Wildcats were just average at the free throw line, they did shoot 9-for-25 (36%) from 3-point range. Now, the team is 6-6 away, 14-3 at home, 4-1 at a neutral site and 3-2 ATS at a neutral site. Free March Madness picks are below.

It's game day! We take on the Abilene Christian Wildcats tonight😼

Meanwhile, Ohio has not played well over its last eight games. Could it all end here tonight? The Bobcats have won only three of their previous eight contests. In their 65-64 victory against the No. 14 Rice Owls on Saturday, forward Jason Carter ended his showing with a double-double. He amassed 26 points and 12 rebounds in 30 minutes played.

Concerning ESPN’s Basketball Power Index, the Bobcats have a 63% chance of winning.

More importantly, the Bobcats won the turnover battle. The Owls ended their performance with 14 turnovers. Factoring in this edge-of-your-seat win, Ohio is 15-2 at home, 8-6 away, 2-1 at a neutral site and 1-2 ATS at a neutral site. The Bobcats have won their last 10 straight home games played on a Monday. Free March Madness picks are below for Abilene Christian vs Ohio.

Numerous bettors are putting their money down on the Bobcats. Nonetheless, the Wildcats are more than capable of keeping this contest close. Personally, Ohio will likely win tonight, but the Wildcats might have more fan support in Florida. So, an upset would not be shocking. Plus, the total will go under 144. For March Madness betting, read our handicap betting guide. Other March Madness picks are on the main page.

All betting lines were retrieved from BetOnline, one of the top sports betting sites in Texas and Ohio. Click below to claim a free bet, if you’re a new customer.