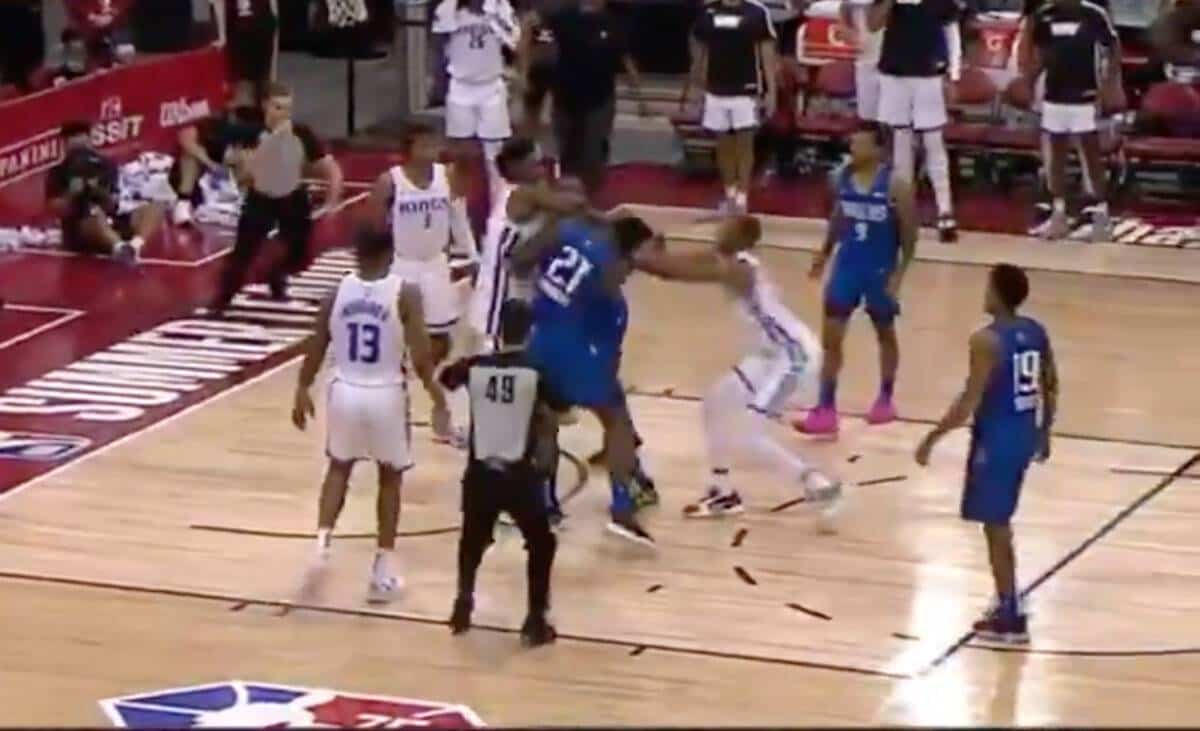 In the 2021 MGM Resorts NBA Summer League, in the matchup between the Sacramento Kings and Dallas Mavericks, Kings forward Chimezie Metu punched Mavericks forward Eugene Omoruyi after a hard foul. The fight occurred with 3:03 remaining in the fourth quarter of the game. It appears that Metu used more of his elbow than his fist to swing at Omoruyi. Both players were then immediately ejected. Metu ended his game with seven points, seven rebounds, two assists, three steals and two blocks in 22 minutes played.

Omoruyi exited the court with seven points, five rebounds and one assist in 24 minutes played. Sacramento went on to defeat Dallas 86-70, improving to 4-0 in the Summer League. In 23 minutes played, Kings small forward Louis King led the team in points, scoring 18 points. Emanuel Terry finished his performance with 13 points, eight rebounds and one steal. The Kings led by five points to open the fourth quarter. Considering Metu was the one who initiated contact, it is likely that he’ll miss out on playing in tomorrow’s championship game.

This is not the first time the 24-year-old has assaulted an opposing player on the court. In early 2018, the former USC player received a half-game suspension for punching Washington State’s Carter Skaggs in the groin. For the final title game of the 2021 Summer League, the Kings will play against the Boston Celtics on Tuesday, Aug. 17th at 9:00 p.m. (EST) on ESPN.