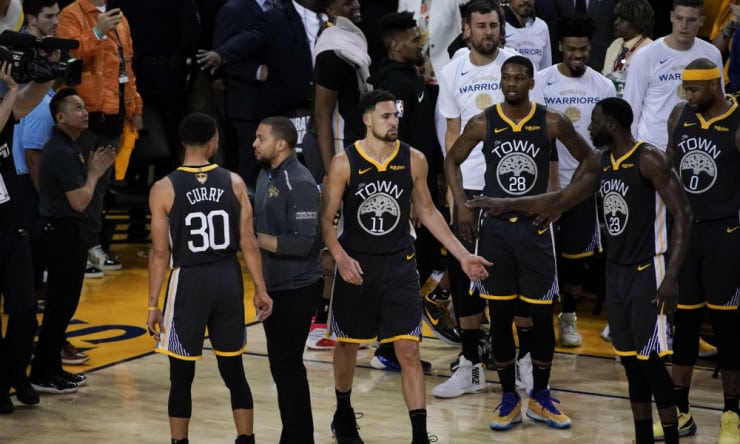 Coming off their win in the NBA Finals last year, the 2022-23 season has not started out in the Warriors favor. After starting 3-2, Golden State has lost four straight games in a row. There’s now a strong chance that team team loses five in a row tonight based on the news that just came out.

The Warriors are practically handing the Pelicans a win tonight. Golden State announced that they are resting Steph Curry, Klay Thompson, Draymond Green, and Andrew Wiggins for tonight’s game. It’s the teams fifth game of a five-game road trip and it seems to be precautionary for the players safety. Without these players tonight, the Warriors have a likely chance of going 0-5 in their last five games.

NBA betting sites have the Warriors at (+750) to win the Finals.

Curry, Thompson, Green, and Wiggins all not playing tonight

The Golden State Warriors are on a road trip from hell right now. They’ve lost four in a row and have the second game of a back-to-back tonight. That is why the Warriors are resting Curry (right elbow soreness), Thompson (Achilles injury management), Green (lower back injury management), and Wiggins (left foot soreness) for tonight’s game. Golden State does not want to risk injuring their star players for no good reason.

Steph Curry and the Warriors have been dominant in this last decade and have seen a lot of success. Hardly ever do you see the team go though a losing streak as bad as they are now. In fact, the last time the Warriors lost four games in a row was in November of 2018.

Curry has quite literally been doing it all for his team this season. The 34 year old PG leads the team in points (31.0), rebounds (7.0), assists (6.8), and steals (1.2) per game. He needs some serious help from the rest of his team. Six-foot three Steph Curry should not be leading the Warriors in rebounding. The Warriors would need a miracle to get a win tonight.