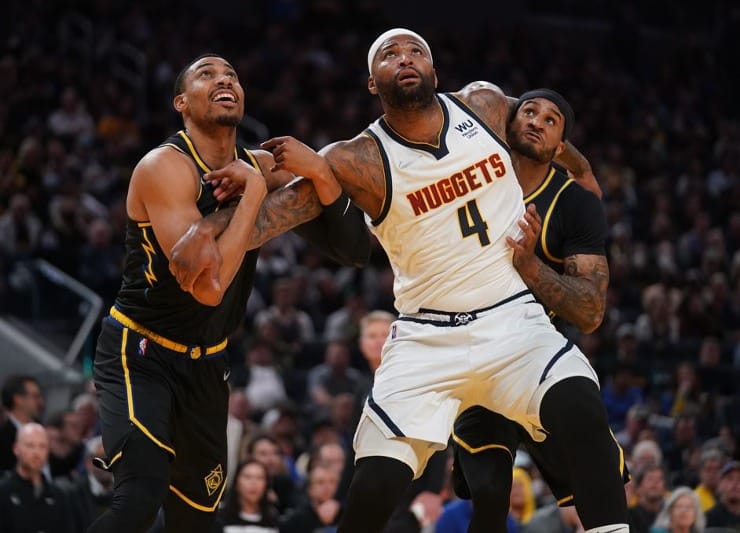 DeMarcus Cousins is arguably the best free agent available. Although, leading into the 2022-23 season, NBA teams are not interested in signing the 11-year veteran.

According to a few NBA betting sites, the Nuggets possess top-10 odds of winning a championship in 2023. Find out which sportsbooks are counting on a Western Conference Finals appearance.

His performance is not the issue. The problems lie deeper. During a phone interview with Yahoo Sports, DeMarcus Cousins shed some light on NBA executives ignoring him.

“Have I made mistakes? Absolutely,” explained the former Nugget. “Have I done things the wrong way? Absolutely. For that, I’m very apologetic.”

“And obviously, whenever it gets to the point where the negatives outweigh the positives, you should probably move away from him. That’s just how life goes. But I don’t believe I’m in that boat. I’m just asking for a chance to show my growth as a man and a player.”

In the offseason, some rumors linked Cousins to the Boston Celtics, Brooklyn Nets, and Los Angeles Lakers. However, nothing occurred.

The Kentucky product is also staying in top shape. He said he’s working out, practicing his jump shots, and participating in scrimmages at gyms.

Nonetheless, some coaches think DeMarcus Cousins is a headache to work with. While playing for the Sacramento Kings in 2015, the center tried to get then-head coach George Karl fired.

As a result, both sides pursued trades. Though, it didn’t fall in his favor. In the 2016-17 season, the Kings traded Cousins to the New Orleans Pelicans.

On the other hand, Nuggets head coach Michael Malone and Warriors head coach Steve Kerr have oftentimes praised the center for his hard work on the court.

“I think the misperception of me is that I’m this angry monster that just goes around bullying people, beating people up, uncoachable, and a cancer in the locker room,” continued Cousins. “I think it’s all false, and I played for coach [John] Calipari, a legendary coach. So, I was more than coachable.”

Unfortunately for DeMarcus Cousins, public perception is reality. He has burned a lot of bridges in the past. Unless the Warriors or Nuggets offer the veteran another contract, he will likely remain unsigned throughout the 2022-23 season.

Many years have passed since then. Only time will tell if a general manager can let bygones be bygones. Then again, a star player sustaining a season-ending injury is one of Cousins’ paths back into the league as well.