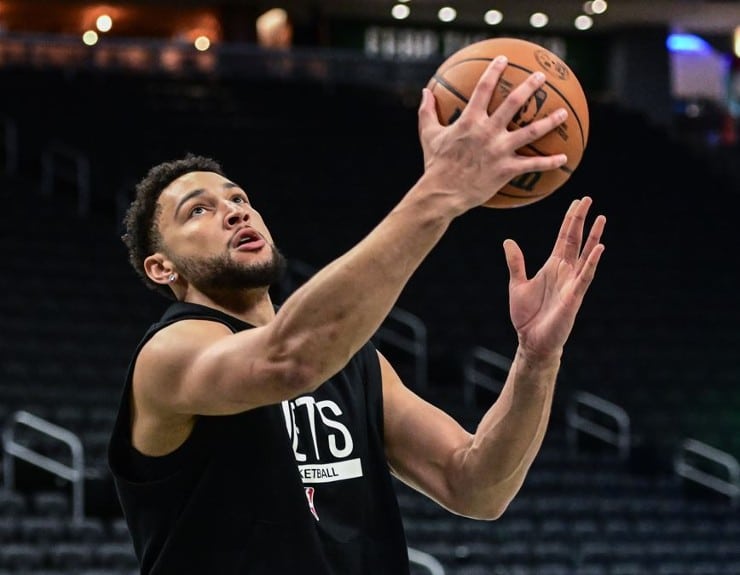 The start to the 2022-23 season for Ben Simmons has been slow to say the least. Simmons is known for having nagging injuries throughout his career and has already missed four games this season due to a knee injury. The three-time all-star has been receiving criticism from former players and media within the NBA.

Former NBA player and current New York Knicks analyst Wally Szczerbiak has recently trashed Nets PG Ben Simmons and had more than a few things to say when he was asked who the most overrated player in the league is. Brooklyn just today hired interim head coach Jacque Vaughn to be the head coach of the team going forward. NBA betting sites have the Nets at (+1400) to win the Finals.

Szczerbiak calls Ben Simmons “most overrated player in the league”

It’s been a slow start to the season for Ben Simmons and the Brooklyn Nets. He’s played in seven games so far and has not scored more than nine points in a game. Simmons had just three field goal attempts in Mondays loss to the Mavericks, finishing the game with two points in 16 minutes played.

Another stat that does not favor Simmons at all is the Nets record when he doesn’t play. When he plays for the Nets this season, the team is just 1-6. In games where he’s been inactive, the Nets are 3-1. That’s a bad look for Simmons as he’s essentially a big reason why the Nets are losing games.

Former NBA player and New York Knicks analyst Wally Szczerbiak had more than a few things to say about Simmons when asked who he thought the most overrated player in the league was.

“Most overrated player is Ben Simmons,”… “It’s not even close. The guy couldn’t even play in the playoffs two years ago. Then he was scared to get on the court all of last year. The guy is scared to shoot. He’s the first pick in the NBA draft and you can’t even get him on the basketball floor.” – Wally Szczerbiak

This is not the player that the Nets traded for before the deadline last season. They expected Simmons to be dominant in the paint and use his size and skill to his advantage. Sadly, that hasn’t happened and it seems as if they Philadelphia 76ers absolutely fleeced the Nets as of now. Simmons will always be held to a higher set of expectations compared to other players as he was the number one overall pick in the 2016 NBA draft.

Will the Nets ever see Simmons reach his true potential in Brooklyn? They certainly hope so.