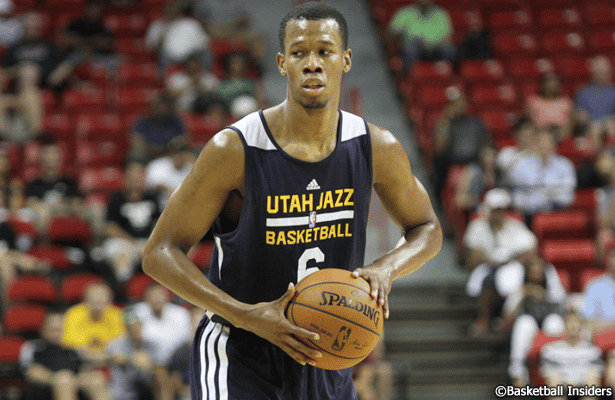 The former Duke player (Rodney Hood), who was the 23rd pick of last summer’s draft, paid close attention to defensive coverages and offensive plays his peers were learning and executing.

“He’s been really dialed in,” Jazz coach Quin Snyder said at Friday’s practice. “Rodney’s a really intelligent player. That’s made him be able to catch up quickly.”

Because of all of the games Hood has missed — 29 overall — Snyder recently said it’s like the 22-year-old is in the equivalent of late November of his rookie season.

With that comparison in mind, it sure seems like Hood smacked his hand against a fast-forward button with his play of late.

Hood has set personal NBA-highs in scoring in his last two appearances, scoring 17 points in Tuesday’s win against the New York Knicks and then exploding for 20 in Thursday’s impressive 109-91 blowout of Houston.

“I think more than catching up, he’s just improving, getting comfortable,” Snyder said. “We’re seeing him start to find more of a role, get more of a comfort level.” It helps to see Hood play healthy, too.

via Jody Genessey of the Deseret News