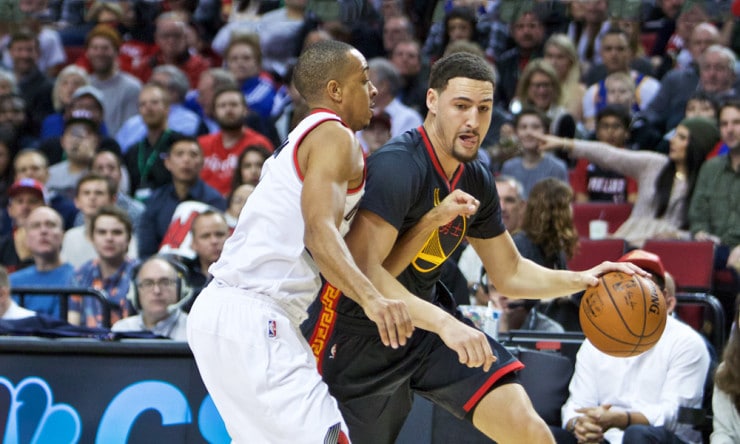 While a few teams with star players in their primes went all in this summer to chase the Warriors — Houston, Oklahoma City, Cleveland — there is a sense for many teams around the NBA they would rather spend the next couple of seasons building a core and aim for being good in three or four years when these Warriors may be vulnerable. While Golden State has Stephen Curry locked up long term and will do the same for Kevin Durant next summer, in a couple of summers Golden State will have to pay Klay Thompson, then the summer after that Draymond Green. There is hope around the league that those other two stars decide to want max money or larger roles the Warriors will have to move on.

Thompson told Marcus Thompson and Tim Kawakami of The Athletic on their podcast he would consider taking less than the max to keep the team together. What about a Durant-level $9 million cut?

“I probably could, yeah. That much? I don’t know. I don’t make as much as Kevin off the court…. If it’s a few million … It’s a blessing whatever contract I sign. I would definitely consider it cause I don’t want to lose anybody.”

Source: Marcus Thompson and Tim Kawakami of The Athletic via Kurt Helin of NBC Sports