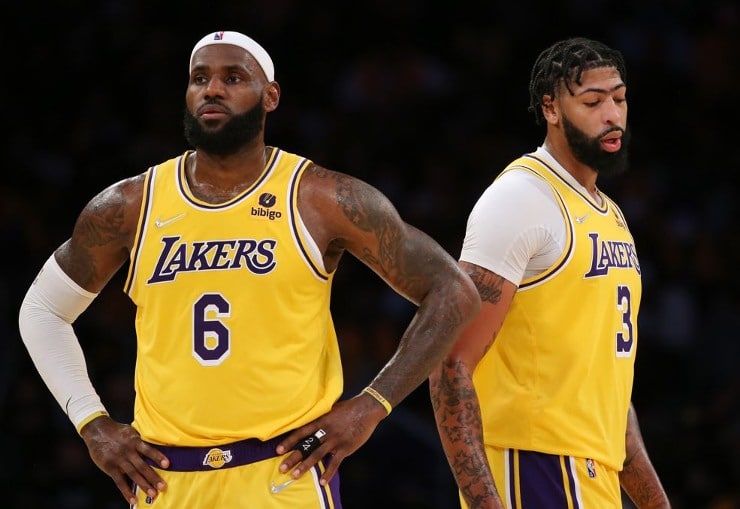 It’s been an up and down season so far for the LA Lakers this year. The team was expected to be a real contender in the West this season and it hasn’t shaped out that way. They are 11-16 this season which is fifth in the Pacific Division and twelfth in the Western Conference. In two of the Lakers last three games, missed free-throws have been the reason they lost and it’s been at the hands of the same player both times.

Anthony Davis missing clutch free-throw’s for the Lakers has resulted them in losing two very winnable games. Last Friday, Davis missed a free-throw that would have put LA up by one with 3.7 second left. The game went to OT and the Lakers lost. His shooting woes at the line are haunting him once again. Davis and the Lakers were up by two with 28 seconds to go and he missed both attempts from the line last night vs Boston. Jayson Tatum tied the game on the next possession and the Lakers lost in OT again.

"If there's one guy on this ball club that I love going up to the free throw line in the clutch it's AD."pic.twitter.com/8vENd7V4S8

Missed free-throws have lost Lakers two of their last three

After the loss in OT on Friday to the Sixers, Davis had this to say after the game.

“It hurts for sure,”… “Especially when … you made the first. … Obviously I left it short but (my form) was the exact same, follow through, everything so…that was tough for sure. Put a lot of pressure on myself to make free throws, especially in that type of situation.” – Anthony Davis

LeBron James spoke before his teammate after the game. Davis missed two potential game-winning free-throws in the finals seconds of regulation last night and was visibly distraught after the game.

“It just means he loves the game. If it was the other way around and he was in here smiling, then you’d be questioning what kind of teammate you got. You would. If you go up and miss two free throws in a big game like that and then you come into the locker room and the guy’s laughing and joking, then you’d be questioning what type of teammate you got. I know who I’m rockin’ with every single night. So, I’m absolutely OK with the way he’s feeling…” – LeBron James

The Lakers will host the Denver Nuggets this Frida for their next game.