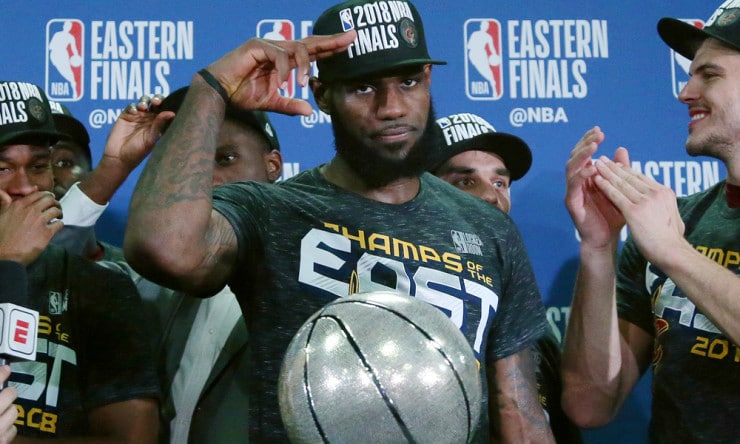 James Harden was announced the Most Valuable Player of the 2017-18 NBA season. When he won the award, he was obviously shocked and didn’t have any speech prepared. Even the most established betting sites, Unibet being the perfect case, where it was LeBron who was the favorite to capture the award. Harden was the star for the Houston Rockets who won the Southwest Division title. He won 86 votes compared to LeBron James’ 15. But did he really have a better season than James?

James dragged the Cleveland Cavaliers to the NBA Finals on his own. Harden with the incredibly talented Chris Paul got to the Western Conference Finals but ended up losing to the champions Golden State Warriors. Harden has a much better team around him and James played in a less prestigious team.

Also for the fifth time in NBA Finals, James had a triple-double with 30-plus points, which is more than anybody else in NBA history. James achieved his 110th playoff game with 30 or more points, which means he surpassed Michael Jordan, who had 109, giving him the most of all time.

Statistically, it is difficult to make an argument against James, who has been on top. He has averaged more rebounds, blocks and steals than James Harden. He has also done this while shooting a better 3 point percentage and field goal. This has proven crucial, as the Cavaliers would have not achieved the playoffs if it weren’t for James’s influence. On the other hand, Houston Rockets are a fine team with or without Harden.

James also has a higher field goal percentage and value over a replacement player than Harden Does. The Cavaliers had a very poor January, which saw them win six and lose eight. But at this time, they were unsuccessfully trying to bring Isaiah Thomas into the team. As soon as this experiment was put to a halt, the Cavaliers started winning again, and you guessed it, James was the key player.

James and Harden both had an incredible season and are both rightly regarded as greats. But LeBron James is an icon and has now broken records that were once held by Michael Jordan and Stephen Curry who played for the Chicago Bulls when they were the best of all time. Let’s not forget that LeBron did this whilst in an inferior team to James Harden.

Harden has had an incredible season, but some phenomenal players would have still achieved the finals without him. Therefore, because of the huge influence James has had on his lesser team, breaking records and clearly missed by his team when they tried to incorporate another player, it is fair to say LeBron Jones is a more valuable player, and it can be argued should have won the MVP award.