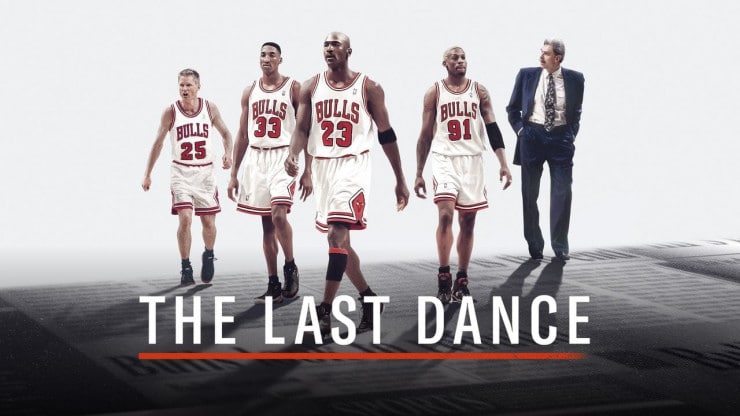 Living through the biggest pandemic of the new millennium (so far, of course) is bad enough in itself… having to do so without live sports only makes it worse. The NBA is struggling to find a solution to the problems caused by the ongoing pandemic. The day the players step inside the court again is drawing close but sometimes it feels that it’s still way too far.

Reruns, YouTube videos, and documentaries like The Last Dance that can fill the void left by live sports in our souls. The latter is the perfect solution if you want to remember one of the greatest basketball teams in history, and while some may call it way too long (it has ten episodes filled with flashbacks and interviews, mostly focusing on Michael Jordan), others see it as the perfect way to pass the time until NBA finally resumes. And if it got you in the mood for more basketball documentaries, here are a few more to check out.

Born in Australia to a player at the Melbourne Tigers in Australia’s National Basketball League, Ben Simmons was destined to follow his father’s footsteps. He was torn, in turn, between basketball and his other passion, Australian rules football (a bit similar to rugby). He went with the first, though, and was pretty successful, too – at the age of 15, he was chosen to represent Australia at the 2012 FIBA Under-17 World Championship. His dream was to play in the NBA, a dream that he achieved by first playing for the Montverde Academy, then with the NCAA Division 1 team LSU Tigers.

His road from his first games in Australia to becoming the number one overall pick by the Philadelphia 76ers is depicted in the Showtime documentary “One & Done”, released in 2016.

Allen Iverson (aka AI or the Answer) played 14 years in the NBA. During his career, he collected 11 NBA All-Star positions, two All-Star MVP awards, and was the NBA’s most valuable player in 2001.

Iverson was born in 1975 to a 15-year-old single mom. In high school, he played football and basketball, earning The Associated Press High School Player of the Year award in both sports. At 17, he was involved in a brawl, arrested, and convicted – he received an unusually harsh sentence. Upon leaving Richard Milburn High School for at-risk students, Georgetown University head coach John Thompson was waiting for him with a full basketball scholarship.

Two seasons into his college basketball career, he was signed – first overall – by the Philadelphia 76ers, starting his successful career in the NBA.

A biopic about his life, directed by Zatella Beatty, was released in 2014.

Award-winning director Dan Klores asked NBA and WNBA players, coaches, commissioners, both active and retired, what made them fall in love with basketball. The result: 62 “short stories” divided into ten two-hour episodes where Klores and the team talk to pretty much every major basketball personality (with the notable exception of Michael Jordan and Gregg Popovich).