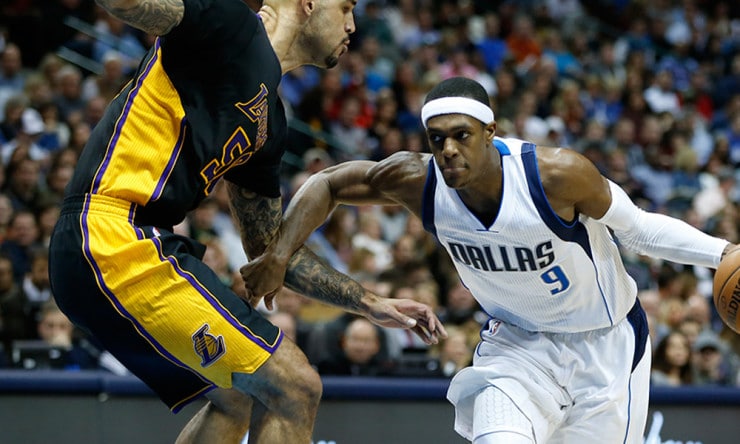 Rondo, who was acquired by the Mavericks in a blockbuster trade in December, left the team after the first two games of their first-round playoff series against Houston. The Mavs announced that Rondo had suffered a back injury, but a source told ESPNDallas.com that the team and Rondo actually reached a mutual decision to go their separate ways after he played only 9 minutes and 55 seconds in Dallas’ Game 2 loss.

via Tim MacMahon of ESPN