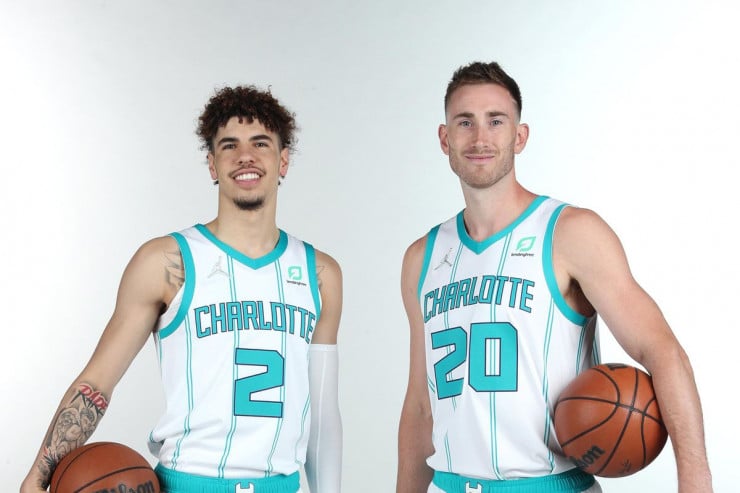 The Minnesota Timberwolves head out to the Spectrum Center for an inter-conference showdown with the Charlotte Hornets on Friday evening. The Timberwolves (8-9) started the year on a cold note, but have won four of their last five games. The Hornets (11-8) are on a streak of their own, victorious in six of their last seven games and sitting fifth in the Eastern Conference. Will the Timberwolves cover the number as road underdogs against the red-hot Hornets?

Third-year forward Josh Okogie is a game-time decision for the Timberwolves with a back injury.

Charlotte’s P.J. Washington (elbow) is listed as doubtful for Friday after missing Wednesday’s game against the Magic.

After a tumultuous stretch to start the year, the Timberwolves have strung together five wins in their last seven games. Center Karl-Anthony Towns is averaging 23.4 points and 9.3 rebounds while shooting 50.5 percent from the floor to lead Minnesota. Guard Anthony Edwards is averaging 22.2 points while fourth-year forward Jarred Vanderbilt has solidified his place in the starting lineup over the past seven games.

Vanderbilt has combined with veteran Patrick Beverley to give them a strong defensive presence that has been lacking for years in Minnesota. Through 18 games, the T-Wolves rank seventh in defensive rating (104.4) while holding their opponents to 105 points per game. Their 15.4 turnovers per game remains a concern, but they are still assisting on 60.5% of their buckets. As long as Towns and Edwards stay healthy, Minnesota can make some noise in a loaded Western Conference.

Second-year phenom LaMelo Ball has been everything as advertised for the high flying Hornets this season. The 20-year-old is averaging 19.8 points, 8.1 rebounds, and 7.7 dimes through the first 20 games of the year. He’s been automatic from the free-throw line (90%) and has shot an impressive 38.4% from beyond the arc. If he can continue to deliver these dazzling offensive numbers, he’ll be in the MVP conversation at the end of the season.

The Hornets have been electric on offense this season, averaging 112.2 points per game (ranked 3rd) on 45% shooting. Although putting up impressive offensive statistics, Charlotte has been lackluster on the defensive side of the ball, ranking 22nd in defensive rating through the first month of the year. They’ve been getting worked in the paint, ranking 27th in rebound percentage. Charlotte is stacked with talent, so anticipate those defensive numbers to improve as the season progresses.

After a lackluster stretch to start the year, the Timberwolves have put together six wins in their last eight games. Center Karl-Anthony Towns is averaging 23.4 points and 9.3 rebounds while shooting 50.5 percent from the floor to lead a young Minnesota team. The key matchup in this game will be Towns clashing with a weak Hornets front ranked 27th in rebounding. The big man is in line for a huge night against Mason Plumlee and Jalen McDaniels.

Through 18 games, the T-Wolves rank seventh in defensive rating (104.4) while holding their opponents to 105 points per game. This bodes well considering their opponent is one of the hottest shooting teams in the NBA. The Hornets have been excellent on offense this season, averaging 112.2 points per game (ranked 3rd) on 45% shooting. Something has to give, and the answer lies in Minnesota’s dominance over Charlotte’s frontcourt.

Minnesota is playing their best basketball of the season, just in time for the long winter grind. The Timberwolves are 5-0 against the spread in their last five games and 4-1 in their last five overall. Patrick Beverley and Jarred Vanderbilt will slow down LaMelo Ball enough to keep this game close. Take the surging Timberwolves to win outright.

Karl-Anthony Towns has been on a rampage over the last week and will face off against a Hornets team allowing 113.1 points per game. Furthermore, these teams rank top 10 in pace through the early parts of the year. Although Beverley will try and slow down LaMelo, you can only do so much against a Hornets team putting up shots with 20 seconds left on the shot-clock. Take the over in this high-flying inter-conference showdown.