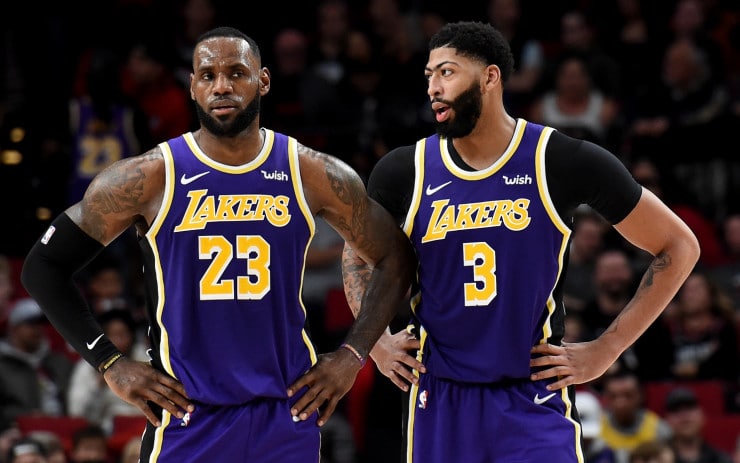 From Bleacher Report’s Jake Fischer, the reporter mentioned, “Lakers have a ton of veteran-type players ready and interested to come sign on minimum deals.” Now, this is not necessarily breaking news near the end of July, but this gives fans a reason to believe that Los Angeles is going all in this offseason to win their eighteenth championship next season. Concerning trade rumor speculation, the Trail Blazers, Kings, Wizards, Lakers and Suns have all been involved and mentioned by NBA analysts across the Internet.

LeBron James is turning 37-years-old this December, and Anthony Davis suffered a few injuries last season, such as a strained calf and groin. Davis is a 9-year NBA veteran, but of course, him and James are not getting any younger. As they continue to age, these players will be placed at a greater risk of sustaining more injuries. The organization will need all the fire power they can acquire this offseason, if they hope to remain at the top of the competition in the Western Conference.

According to another report by Kevin O’Connor of The Ringer, the Los Angeles Lakers have “stepped up their efforts” in their pursuit of Kings‘ shooting guard Buddy Hield by including the No. 22 pick to an existent trade deal that would also be comprised of Montrezl Harrell and either Kyle Kuzma or Kentavious Caldwell-Pope. Harrell has a player option this offseason, and he may even be interested in playing in Sacramento.

Sources say he has strong connections with Kings’ developmental coach Rico Hines. On November 22, 2020, the 27-year-old center/power forward signed as a free agent with the Lakers. The contract he signed was a two-year, $19 million deal. Regarding the trade rumors, Harrell reacted on Twitter tweeting, “Lmaoo this is wild man!”

This news about Hield comes one week after the story broke concerning Wizards guard Russell Westbrook’s potential trade to the Lakers. The trade was pertaining to a Westbrook sign-and-trade for Kyle Kuzma, Dennis Schroder and Talen Horton-Tucker. Suns guard Chris Paul was another mentioned player target on the Lakers’ offseason list. In 65 games played last season, Westbrook averaged 22.2 points, 11.5 rebounds and 11.7 assists. The 13-year NBA veteran led the league in turnovers last season (312), but he also has the most career triple-doubles (184) and the highest assist percentage in the league (48.6 percent).

Westbrook is also projected to lead the league in assists and triple-doubles in the upcoming season as well. He finished his performance last season with 38 triple-doubles, the second most in a season in his NBA career. On December 2, 2020, the 32-year-old point guard was traded from the Houston Rockets to the Washington Wizards for John Wall and a 2023 first-round pick. However, Westbrook is set to earn $44.2 million in the 2021-22 season. Lakers GM Rob Pelinka will have to make a big decision on this one.

Additionally, Chris Paul, who finished third in assists per game (8.9) last season, is set to earn $44.2 million in the upcoming season, too. This amount is recognized as Paul’s player option. Either way, the organization might have to overpay for their talent. Referencing Spotrac, the current contracts of Davis and James consume nearly 63 percent of the Lakers’ total salary cap. If Kuzma and Caldwell-Pope get traded, this will clear up $26 million of cap space.

Plus, Harrell’s salary represents almost 8 percent of the team’s total salary cap. With all things considered, the Lakers are much better off working out a trade with the Kings to acquire Hield rather than Paul or Westbrook. Team chemistry is a notable factor in this discussion, and LeBron might not be on board with an isolation-style player, similar to that of Westbrook. Head coach Frank Vogel hinted back in early January that randomness and ball movement were the keys to the team’s offensive scheme.