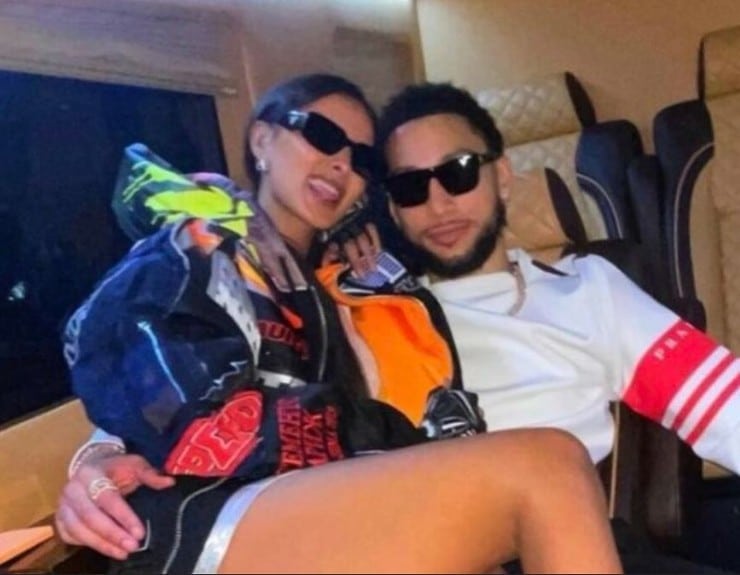 Brooklyn Nets guard Ben Simmons and his fiancée, Maya Jama, have ended their engagement. The couple separated due to busy schedules and the long distance apart. Jama works in the U.K. as a model and television personality.

An unnamed source close to the couple told the New York Post, “It’s been a difficult time for them.” Over the past few months, the NBA star saw Jama less and less. The couple first started dating in May 2021.

“While they both care for each other so much, they truly gave it their all and realized that they just come from two different worlds,” continued the source.

“They now understand they don’t have the time they thought to dedicate to this relationship.”

Long-distance relationships can work, but Simmons and Jama are separated by the Atlantic Ocean. It’s not like they’re living in the same country. They’re over 4,200 miles apart. The Nets guard is tired of traveling overseas.

While the three-time All-Star is preparing for the upcoming 2022-23 NBA season, Jama is already busy flying from place to place throughout Great Britain.

Per multiple sources, Jama is the front-runner to become the next host of Love Island, a U.K. dating reality show. Former host Laura Whitmore left the show after three seasons.

“After many long nights and hours of heartfelt talks, they finally realized as much as they love each other, their nonstop careers and endless travel have made it incredibly impossible to make it work,” explained the unknown source.

“They had no idea the challenges they would face when handling all the logistics of making a life together in two countries.”

Regarding this news, the Nets guard has not yet posted a message on social media. Then again, who would following a breakup?

Last year during Christmastime, Simmons proposed to Jama with a ring he bought on Jewelers’ Row in Philadelphia. Of course, her response was “yes.”

Now, the separation is probably for the best. Ben Simmons missed the entire 2021-22 season due to a contract dispute, back injury, and mental health problem. This is his make-or-break season for the fourth-year guard. Quite a few fans have given up on him.