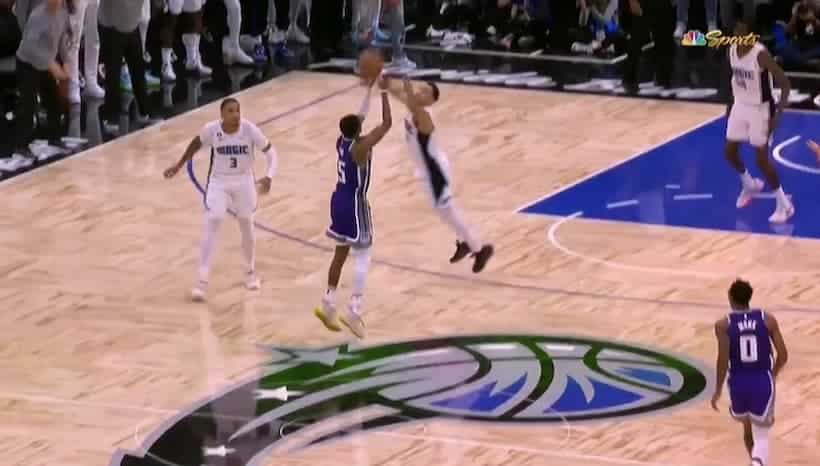 The league will continue to have elite talent every season as players get better and the game gets more competitive. Pro basketball reference officially recorded 14 buzzer beaters for the entire 2021-22 regular season and we already have 10 with at least another four months to play. Buzzer beaters are one of the best moments in basketball as long as your team is the one celebrating at the end. Next, we’ll take a look at the top 5 buzzer beaters of the 2022-23 season so far.

With buzzer beaters on the mind, the most recent one we saw was last night when Detroit Piston Saddiq Bey hit a three pointer for a walk-off victory vs the Golden State Warriors. We’ll give Bey our honorable mention of this list. It was an impressive shot, but not enough to make our top five.

Earlier this week on Monday, a Dontae DiVincenzo three-pointer tied the game at 121-121 and the Warriors were headed to OT with the Hawks. Golden State has been finding a way to win basketball games while Steph Curry is out with a shoulder injury. Klay Thompson lead the Warriors with 54 points in the game, but missed an attempt to win the game on a three.

Luckily, Warriors center Kevon Looney was in the perfect position to tip the ball in right before the buzzer expired and gave Golden State the narrow 143-141 victory. That shot gave the Warriors a five-game win streak, which they lost last night on the buzzer beater hit by Saddiq Bey, out honorable mention.

A few weeks ago, the Oklahoma City Thunder and the Portland Trail Blazers were tied 121-121 with 3.2 seconds left. OKC had possession of the ball and had a great chance to put up a makeable shot. Shai Gilgeous-Alexander is having yet another breakout season for the Thunder this season scoring (30.9) points per game. With 3.2 on the clock, SGA took the inbounds pass and did a spin move that left his defender guessing. This left him with a wide-open two-point attempt which he made look easy in the most crucial point of the game.

The shot heard round the world 🪣 pic.twitter.com/GGRv5IvTZj

Back in November, the Indiana Pacers completed a 17-point comeback to beat LeBron James and the LA Lakers. His team were previously 403-1 when having a 17-point lead in the fourth and the Pacers gave him another loss that night. Down two points, Myles Turner attempted a three-point shot that missed and Tyrese Haliburton corralled the rebound. He was getting suffocated by the defense and whipped the ball to rookie Andrew Nembhard.

With seconds left to get a shot up, Nembhard calmly drained a game-winning three in the face of LeBron himself and gave Indiana a 116-115 win in epic fashion.

POV: you just captured an NBA game-winning buzzer-beater from the baseline and you're running on the court to get the reactions.🤩 pic.twitter.com/N0FYK0Nt7h

The Brooklyn Nets 12-game win streak came to an end last night, but their month of December was the winningest moth in franchise history going 11-1. Each win was special and gave the Nets momentum that they needed. Brooklyn and Toronto were tied 116-116 with just seconds left and the Nets had possession. A clip from the Nets media team showed that head coach Jacque Vaughn intended the play to happen for Kevin Durant.

Durant insisted that it would work better with Irving and he put his trust in the players. Irving took the inbounds pass from Ben Simmons and hit a step-back three over Toronto’s Fred VanVleet to give Brooklyn the 119-116 win.

What you’ve all been waiting for…

New episode of The Bridge is LIVE!

Early in November, the Kings were in a shoot-out with the Orlando Magic. Sacramento were falling apart at the end of OT and let the Magic come back within the final seconds. A four point advantage for the Kings turned into a tie game within twelve seconds. The game was on the verge of going to double OT, but not if De ‘Aaron Fox had anything to say about it.

There were six six seconds left on the clock and Sacramento had no timeouts. Fox took the inbounds pass and dribbled up the court with no hesitation. He pulled up right on the Orlando Magic’s logo and hit a 30-foot game-winning three that broke the hearts on Magic fans at home.