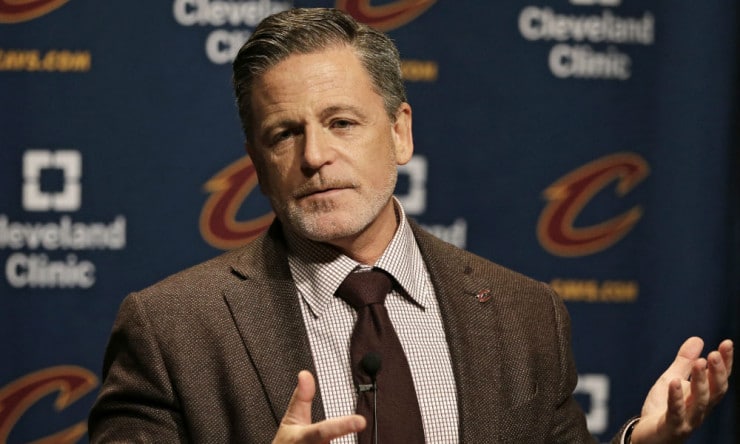 Koby Altman may be the latest person to call himself Cleveland Cavaliers general manager—the fourth in the past 12 years since Dan Gilbert bought the team—but multiple sources have told me that the Cavs owner was the one calling the shots on the trade that sent [Kyrie] Irving to Boston, and he’s the one dealing with the fallout. Gilbert’s dysfunctional ways are old news. Gilbert himself joked during Altman’s introductory presser that his GMs have four-year presidential terms. “A state of organizational chaos is Gilbert’s M.O.,” one executive told me. “Gilbert thinks he’s the protagonist in the story of the Cavaliers, when, in reality, he’s the antagonist.”

Gilbert’s fingerprints were all over the drama that’s unfolded over the past week. [Isaiah] Thomas’s health is what held up the deal, but according to multiple league sources with knowledge of Cleveland’s thought process, the unprotected Nets pick and Crowder were the pieces that Cleveland valued the most—those were the assets that got the deal done, not Thomas. The perception of the trade was that the Cavaliers and Celtics swapped franchise point guards, but for the Cleveland front office (and its owner), Thomas was the icing, not the cake.