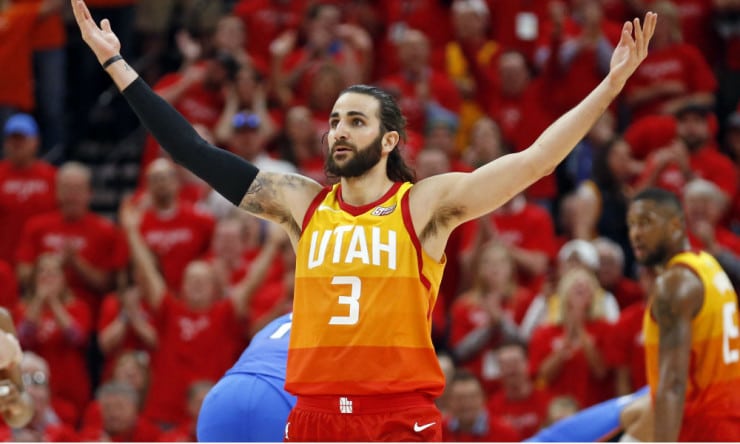 Utah point guard Ricky Rubio was upgraded to questionable for Game 4 against the Houston Rockets, and a team source said the Jazz are optimistic Rubio will make his second-round debut Sunday.

The source said the team will have a better idea about Rubio’s availability after he gets more treatment Sunday morning.

Rubio has been sidelined for the entire Western Conference semifinal series. He has not played since he strained his left hamstring in the first quarter of the Jazz’s Game 6 win that closed out the first-round series against the Oklahoma City Thunder.