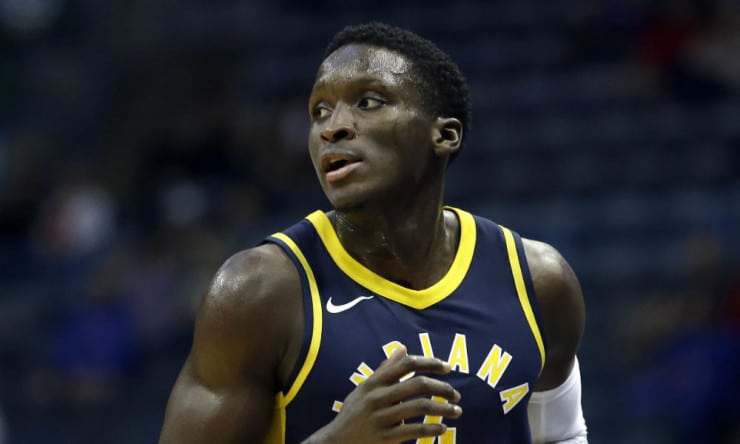 League sources say the Warriors have interest in acquiring Rockets guard Victor Oladipo. The former Pacer has been up and down in his second season following a major knee injury, averaging 20 points on only 39.9 percent from the field. Golden State would not have the cap space to pursue him this summer, so the time to pounce would be now. Houston can’t demand too much in a deal given Oladipo has underwhelmed and will become an unrestricted free agent. Plus, Golden State wouldn’t have a whole lot to offer. Because of picks owed elsewhere, the Warriors are able to deal up to just two first-round picks: one from 2021 (via Minnesota) or 2022, and one from 2026 or 2027.