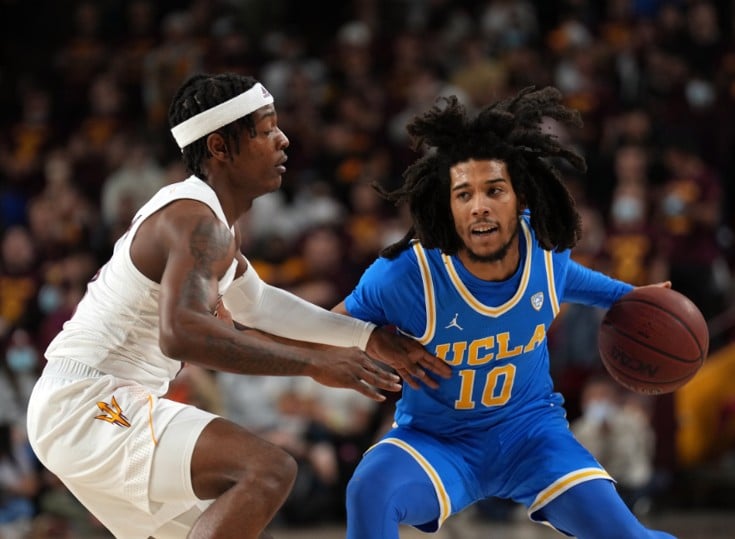 Arizona State has won only four of its past 10 games, but the team is on a three-game winning streak. After their 20-point win, the Sun Devils are 3-6 away, 7-6 at home and 6-3 ATS on the road this season.

Next, in the No. 13 UCLA Bruins’ 76-50 home win versus the Washington Huskies on Saturday, Jaylen Clark led his team in scoring with a career-high 25 points earned in 31 minutes spent on the court.

Per ESPN’s Basketball Power Index, the Bruins have a 95.5% chance of winning.

The last time UCLA defeated Arizona State during the regular season was on Feb. 20, 2021, when they won 80-79 at home. For one notable reminder, the Sun Devils are 6-9 against Pac-12 opponents.

The Bruins’ only loss at home this season was against the Oregon Ducks. They lost 84-81 on Jan. 13 in overtime, and of course Ducks’ head coach Dana Altman earned his 700th career win. Anyways, both Arizona State and UCLA are on winning streaks.

Entering this Pac-12 Conference matchup, UCLA is a heavy 13.5-point favorite at home. Despite the Sun Devils winning their last three consecutive games, oddsmakers are expecting the Bruins to beat them comfortably.

So, think about picking the Bruins to win, the Sun Devils will cover the spread and the total will go over 131.5. If you have never placed a bet, skim through our handicap betting guide. Other NCAA picks are on the main page.