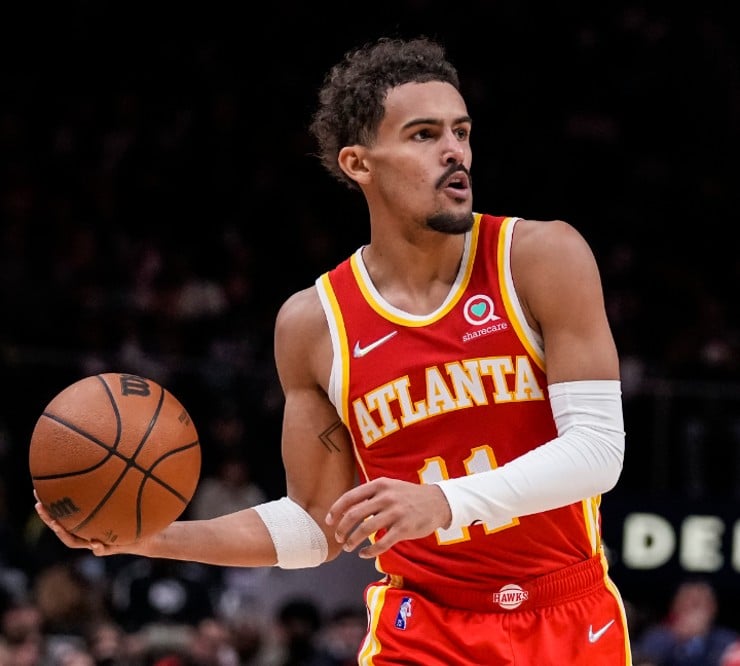 ESPN’s Basketball Power Index: Hawks have a 78.3% probability of winning

According to Land of Basketball’s database, these teams have played one another 137 times all-time in the regular season. The Thunder are 69-68 against the Hawks. In the last three head-to-head meetings, Oklahoma City is 2-1 versus Atlanta. On Mar. 18, 2021, the last time these teams met during the regular season, the Hawks defeated the Thunder 109-99 at State Farm Arena. However, for what it’s worth, Oklahoma City is 7-3 in the team’s previous 10 head-to-head contests against Atlanta.

If you’re looking to to wager on the Hawks, don’t miss out on our Georgia sports betting guide which ranks and reviews the best Georgia sportsbooks.

On Monday morning, the Hawks recalled forward Jalen Johnson from the College Park Skyhawks, the organization’s G League affiliate. In six NBA games played with Atlanta, Johnson averaged 2.3 points per game. The nineteen-year-old was the 20th overall pick of the 2021 NBA Draft. At Duke, Johnson averaged 11.2 points, 6.1 rebounds and 2.2 assists per game in 13 games played. The team also transferred guards Sharife Cooper and Skylar Mays to the Hawks’ active roster.

The Hawks today recalled forward Jalen Johnson from the College Park Skyhawks, while two-way players and guards Sharife Cooper and Skylar Mays have been transferred to the Hawks.

For tomorrow’s game vs. Oklahoma City:

Furthermore, on Saturday, in the Thunder’s 111-105 road loss versus the Celtics, forward Luguentz Dort scored a team-high 16 points in 36 minutes played. Rookie guard Josh Giddey closed out his performance with 15 points, 8.0 rebounds and 3.0 assists in 29 minutes spent on the court. Boston almost blew a 25-point lead. The Thunder outscored the C’s 31 to 22 in the fourth quarter, but their first-half effort was not good enough.

Meanwhile, in the Hawks’ 115-105 home win over the Hornets on Saturday, center Clint Capela led his team in points and rebounds, amassing 20 points and 15 rebounds in 24 minutes of action. And, both Kevin Huerter and Cam Reddish each scored 17 points. While Charlotte out-rebounded Atlanta 52 to 45, the Hawks were more accurate with their shots across the court.

Additionally, the total for tonight’s interconference contest is set at 213. Referencing the point spread consensus, approximately 80% of gamblers are convinced that the Thunder will cover the spread at State Farm Arena. Pertaining to the point total consensus, 66% of bettors are picking the under in this matchup. Currently, Oklahoma City is 1-0 as a selected favorite, 5-10 as an underdog and 5-3 ATS away, while Atlanta is 8-2 as a favorite, 0-7 as an underdog and 7-1 ATS at home.

For noteworthy betting trends, the Thunder are 8-2 ATS in their past 10 performances. The total has also gone under in nine of their last 11 games, and they are 1-4 straight up in their previous five contests. Next, the Thunder are 5-2 SU in their past seven games played against the Hawks. Not to mention, the total has gone under in eight of their previous 10 contests played this season. Finally, the team is 0-5 SU in their last five games played versus Southeast Division opponents.

On the other side, the Hawks are 4-1 ATS in their previous five performances. Also, the total has gone under in five of their past six games. And, the total has gone under in seven of their last nine games when playing the Thunder at State Farm Arena. Nonetheless, the Hawks are 1-4 SU in their past five contests against Northwest Division opponents. Lastly, they are 4-1 SU in their last five games played in the month of November.

Pick the Hawks to win on the road, they will cover the spread and the total will go under 213. Atlanta is a 11.5-point favorite with BetUS.