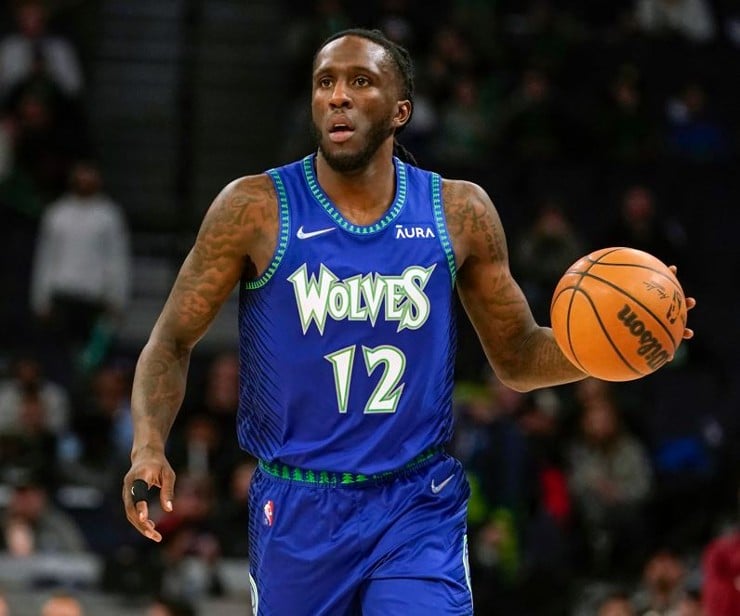 Minnesota Timberwolves forward Taurean Prince was arrested in Miami on Thursday night for an outstanding warrant in Texas, pertaining to a marijuana charge. His rep, Cathy Cardenas, confirmed the story.

In May, the former Baylor star was pulled over in Texas. At the traffic stop, the cops smelled a strong odor coming from Prince’s vehicle. This gave the officers probable cause to search his car.

According to the police report, the cops found a marijuana device in Prince’s car. It’s unknown whether the device was a vape pen, pipe or bong.

As of Friday afternoon, Prince remains in jail without bond.

For a “State Jail Felony” in Texas, if convicted, the user could face up to two years in prison and forced to pay a $10,000 fine. So, the Lonestar State has some of the strictest marijuana laws in the United States.

On August 2, 2021, the Cleveland Cavaliers traded Prince and a 2022 second-round draft pick to the Timberwolves for Ricky Rubio.

Moreover, Hemp-derived Delta 8 THC is legal in Texas. Hemp-derived CBD is also legal. Although medical cannabis cards are not issued to Texans, with a doctor’s prescription, individuals suffering from autism, epilepsy, terminal cancer, seizures or multiple sclerosis are allowed to use the drug.

However, the growing, distribution and sale of recreational marijuana is still illegal in Texas.

On June 30, 2022, Prince signed a two-year, $16 million contract extension with the Timberwolves. They cannot afford to lose him. He is a vital asset to their frontcourt.

Anway, Taurean Prince is not the first NBA player to get arrested this year on a marijuana charge.

In July, former NBA champion Iman Shumpert was detained at Dallas/Fort Worth International Airport after TSA screeners found a sizable amount of weed.

Of course, in the police report, officers were called to the terminal after TSA screeners discovered a plastic bag filled with a “green leafy substance.”

After officers weighed the amount, the scale showed 6.12 ounces. Unlike Shumpert, at least “a sizable amount of weed” was never found in Prince’s possession.

In other news, today, Aug. 26th is Naz Reid’s 23rd birthday. The Timberwolves center is entering his fourth season.