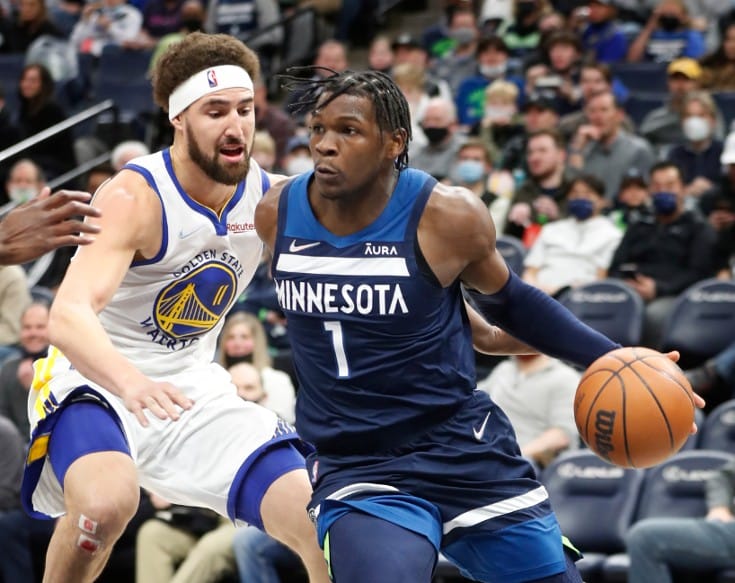 Below, we will take a look at players who are currently on the injury report for Friday night’s game. Neither team should have any late scratches.

Minnesota will travel to Orlando on Friday night for a battle versus the Magic. For the latest NBA betting trends and NBA free picks on Friday’s game, check out our Timberwolves vs Magic preview below.

The Minnesota Timberwolves have been one of the best teams in basketball for the past few weeks. This team is showing that if they do get into the Western Conference playoffs that they can be a team who could potentially make some noise if they are playing their best basketball at the right time. Minnesota will be coming into this game with a 38-29 record including winning eight of their last 10 games. Minnesota is coming off two easy victories as they beat the Oklahoma City Thunder 132-102 and the Portland Trail Blazers 124-81.

In the Timberwolves’ most recent game against the Oklahoma City Thunder, Malik Beasley led the way with 33 points. Karl Anthony Towns only had 13 in that game. Anthony Edwards was able to add 16. None of the guys on the Timberwolves really played that much on Wednesday night as this was an easy victory.

Minnesota is going to be coming in with the ninth rated net rating, the seventh rated offensive rating, and the 12th rated defensive rating.

Orlando Looking For Any Win

The Orlando Magic have certainly not had the year that this team was hoping for, but, everybody did expect them to struggle. They’re going to be coming into this one as arguably the worst team in the NBA as they’re in last place of the Eastern Conference.

They are, however, coming off an impressive win against the New Orlean Pelicans where they were able to walk away with a 108-102 victory. In that game, Cole Anthony led the way with 19 points while Gary Harris was able to have 16 and Franz Wagner was able to add 15.

For this game, I’m definitely going to go with the Minnesota Timberwolves to cover the spread. Although this spread is a little higher than I would like, I do expect Minnesota to take care of business, and considering how well they have played as of late, there should really be no reason why this trend won’t continue.

The Orlando Magic have been one of the worst teams in basketball and although they are playing decent basketball as of late as they are nearly .500 in their last 10 games, the Timberwolves have arguably been the hottest team in the league for the past few weeks. They’re going to be coming in winning eight of in their last 10 and are currently on a six-game winning streak.

I also really like this game to go OVER considering these are two defenses who do tend to give up a good amount of points each night.

Get free NBA bets for the Magic vs Timberwolves game at BetOnline below.