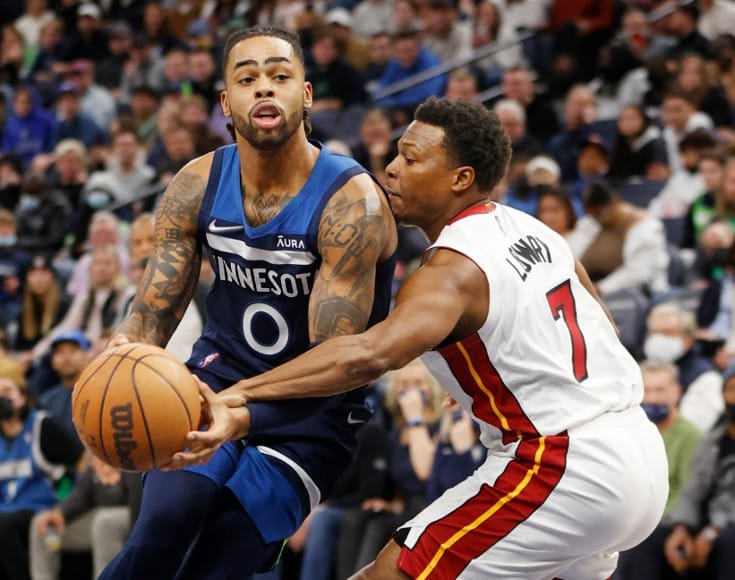 The Minnesota Timberwolves and the Dallas Mavericks are set to meet on Monday. This is going to be one of the more difficult games to predict considering both of them are two of the better teams in the NBA as of late.

Minnesota will travel to Dallas on Monday for a battle versus the Mavericks. For the latest NBA betting trends and NBA free picks on Monday’s game, check out our Mavericks vs Timberwolves preview below.

The Minnesota Timberwolves have arguably been at the best team in the NBA for the past few weeks. They’re going to be coming into this one on a four-game winning streak and have won nine of their last 10 games. In Minnesota’s most recent game, they were able to come away with a very impressive win against the defending champion Milwaukee Bucks.

In that game, Karl Anthony-Towns and Anthony Edwards led the way with 25 points.

On the season, Minnesota has the seventh rated net rating, the sixth rated offensive rating, and the 13th rated defensive rating.

The biggest reason why the Dallas Mavericks have been able to find so much success this season is that they have one of the best defenses in all of the NBA. Dallas is going to be coming into this one with the 11th rated net rating, the 17th rated offensive rating, and the sixth rated defensive rating.

The Mavericks have not found much success in their past two games, as they will be coming into this one on a two-game losing streak. However, this team has won seven of their last 10 games and is hoping to get back on track on Monday.

In their most recent game against the Charlotte Hornets, they ended up losing by 21 points. Luka Doncic did his usual thing with 37 points, but it wasn’t nearly enough for Dallas to get the job done.

For this game, I think I’m going to take the Minnesota Timberwolves to win outright. When factoring in that this team has won nine of their last 10 games, and are coming off arguably their best win of the entire season, I think they’re going to continue this hot streak that they’re currently on and be able to take care of business.

Get free NBA bets for the Timberwolves vs Mavericks game at BetOnline below.