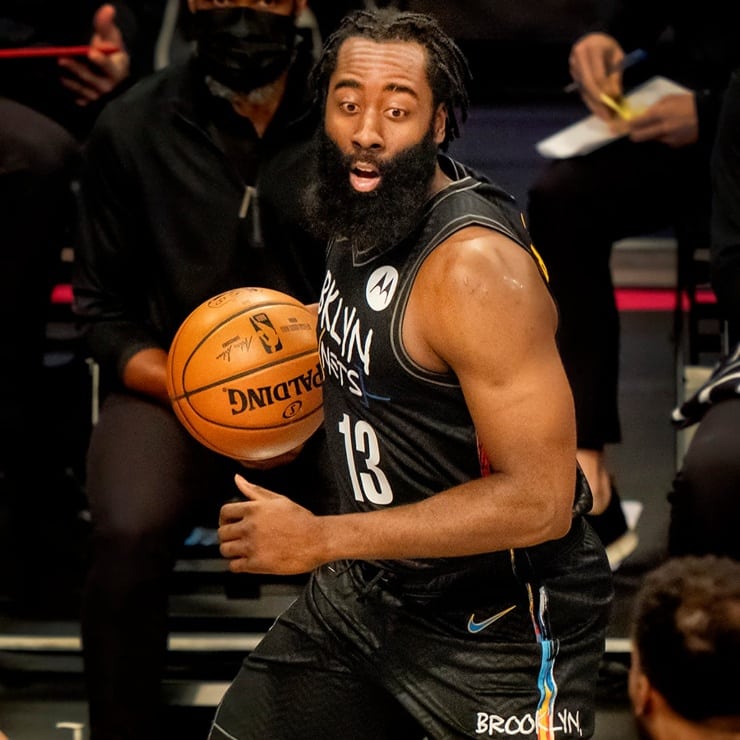 The 2021-22 NBA season begins with one preseason game on Sunday, Oct. 3, 2021; BetOnline NBA futures latest odds have been updated. The only preseason matchup on Sunday is between the Brooklyn Nets and Los Angeles Lakers. The game begins at 3:30 p.m. ET, and it can be watched live via NBA League Pass, YES or Spectrum SportsNet.

The regular season starts on Tuesday, Oct. 19. On opening day, the Brooklyn Nets are playing against the Milwaukee Bucks at 7:30 p.m. ET. The Golden State Warriors are facing the Los Angeles Lakers right after at 10 p.m. ET. The doubleheader will air live on TNT. 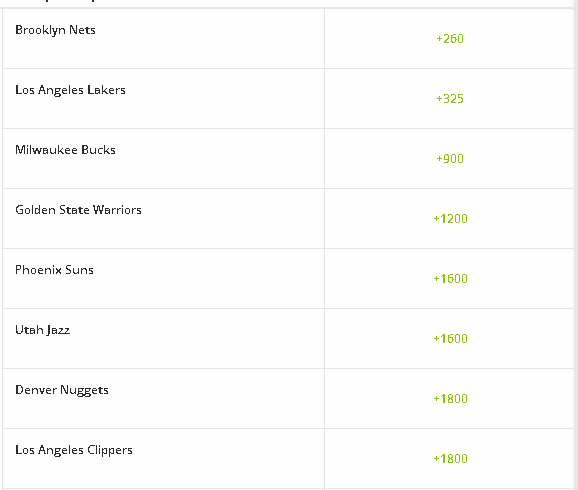 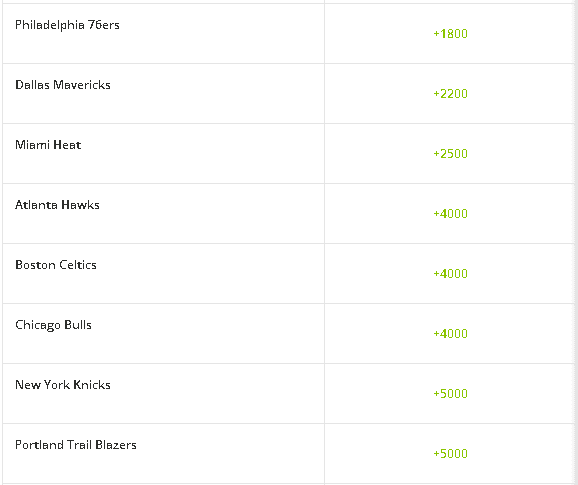 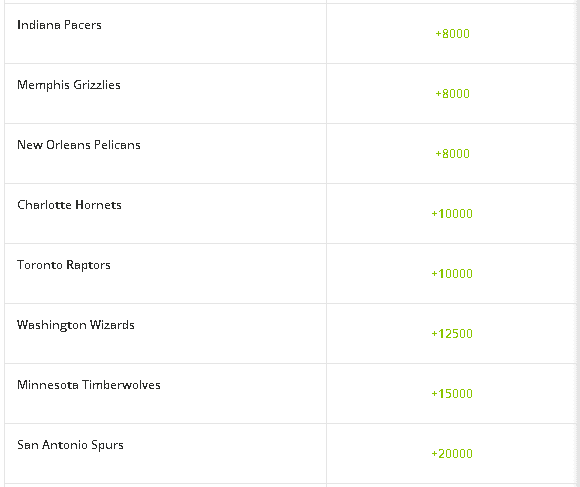 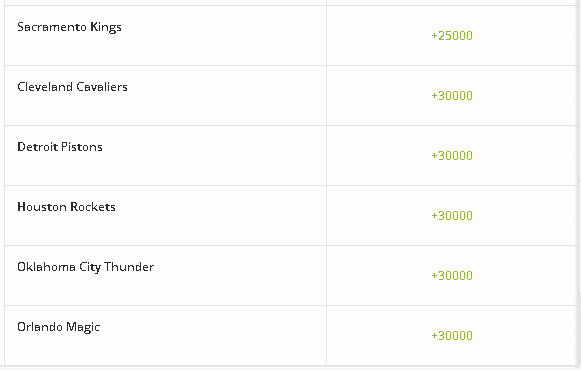 Brooklyn leads all other teams in championship odds (+260). The Lakers rank second overall, with odds showing +325. However, the Nets and Lakers have been discussed enough in title-odd conversations for the 2021-22 NBA season. The Milwaukee Bucks — the reigning champions — have the third-best odds (+900) of winning their third title in franchise history next season. In the Bucks’ offseason, they re-signed Bobby Portis.

One notable signing is Grayson Allen from the Memphis Grizzlies. In 50 games played last season, Allen averaged 10.6 points, 3.2 rebounds and 2.2 assists per game. For a team like the Bucks, they need a strong bench if they want to continue to win playoff games. Furthermore, Milwaukee also signed George Hill, Rodney Hood and Semi Ojeleye. Both Justin Robinson and Sandro Mamukelashvili were signed to two-way contracts.

No matter how many games the Utah Jazz win, they always seem to get grouped in with the middle-of-the-pack teams. Their title odds are +1600. In their offseason, they re-signed Mike Conley, Jarrell Brantley, Hassan Whiteside and Rudy Gay. To add to this list, they signed Jared Butler and acquired Eric Paschall from the Warriors. If the Jazz want more respect, they have to prove to everyone that they can take things to the next level in the postseason. Just look at the Bucks. 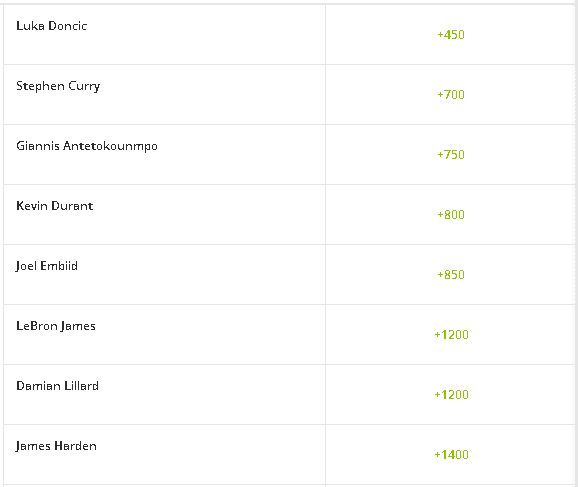 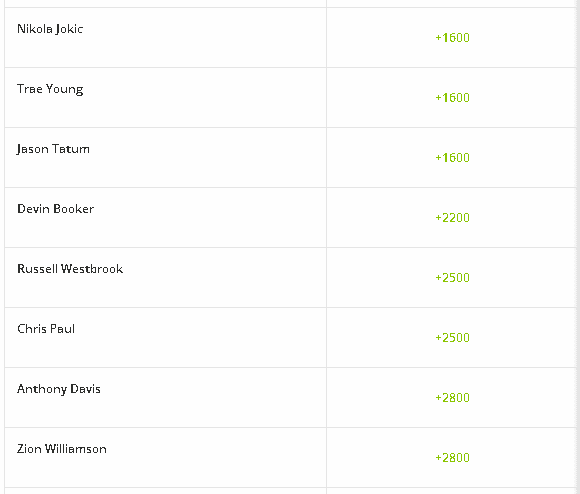 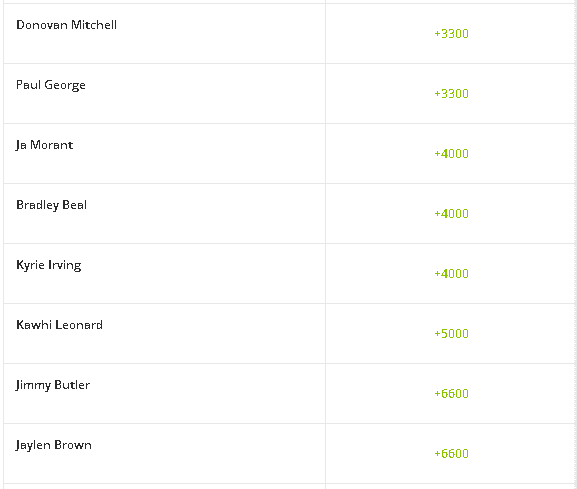 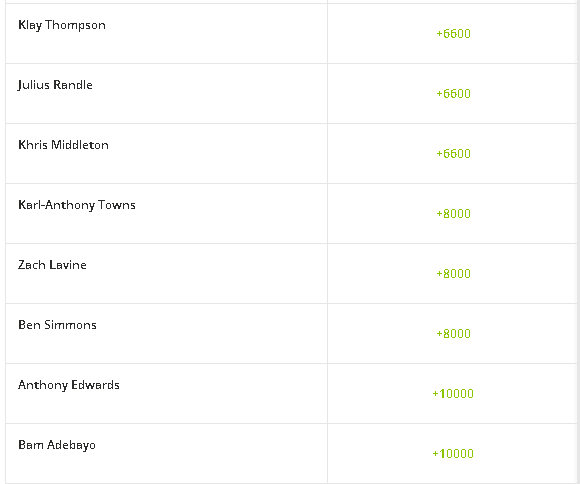 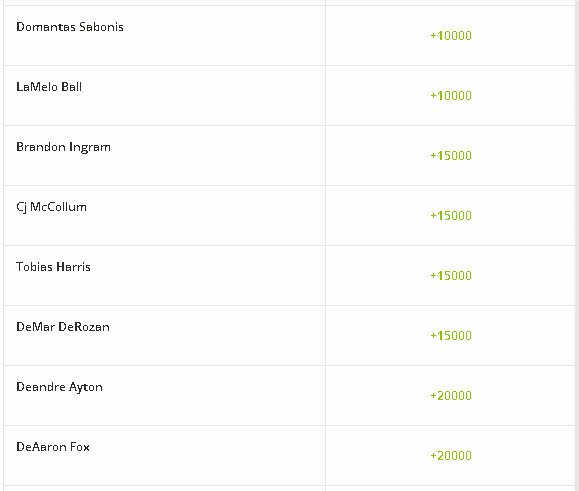 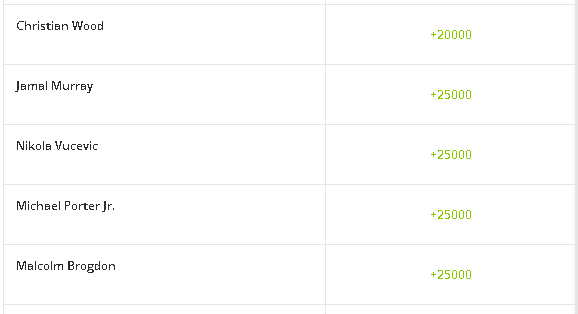 According to oddsmakers at BetOnline, Dallas Mavericks guard Luka Doncic is the favorite to win MVP in the upcoming 2021-22 NBA season. The 22-year-old Slovenian possesses +450 odds of winning the award. Last season, he averaged 27.7 points, 8.0 rebounds and 8.6 assists per game in 66 games played. In 199 games played in his professional career, he has averaged 25.7 points per game. Of course, Nikola Jokić won the previous award in June.

Additionally, Warriors point guard Stephen Curry has the second-best odds (+700) of winning the award. In 63 games played last season, the seven-time All-Star averaged 32 points, 5.5 rebounds and 5.8 assists per game. Curry led the league in scoring last season as well. Based on MVP voting, he received 45.3% of the MVP award shares in the voting. 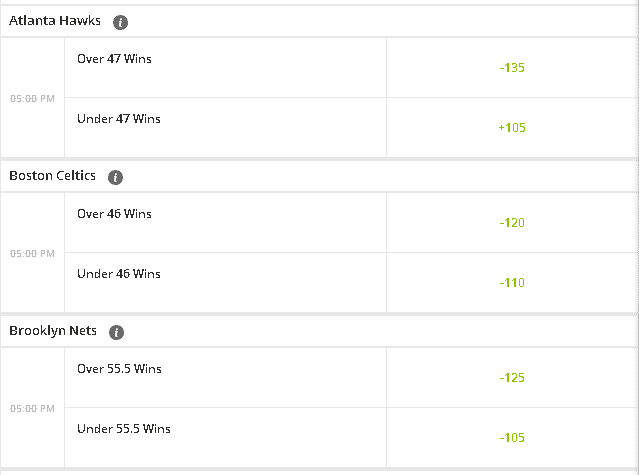 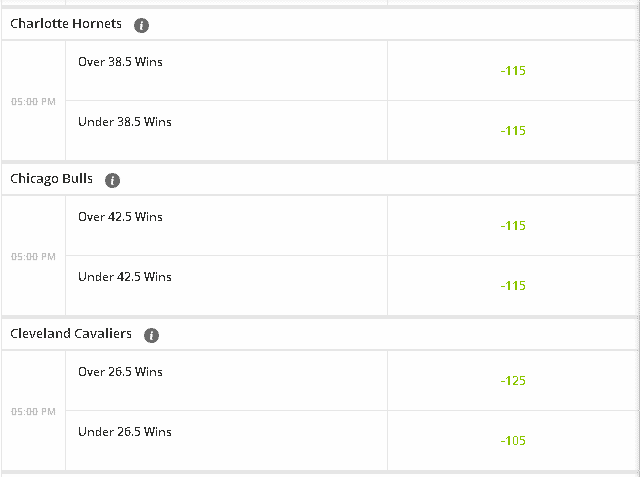 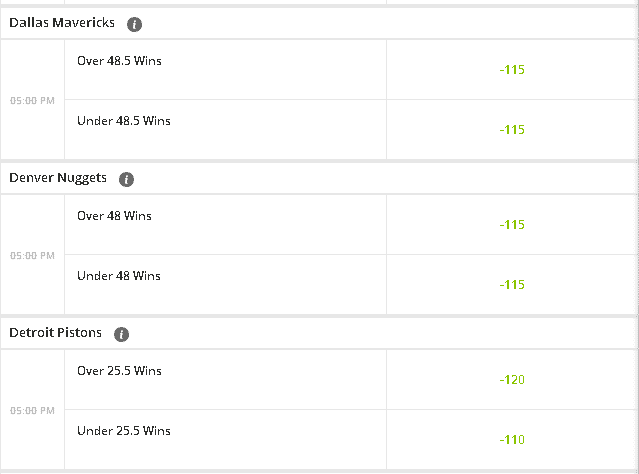 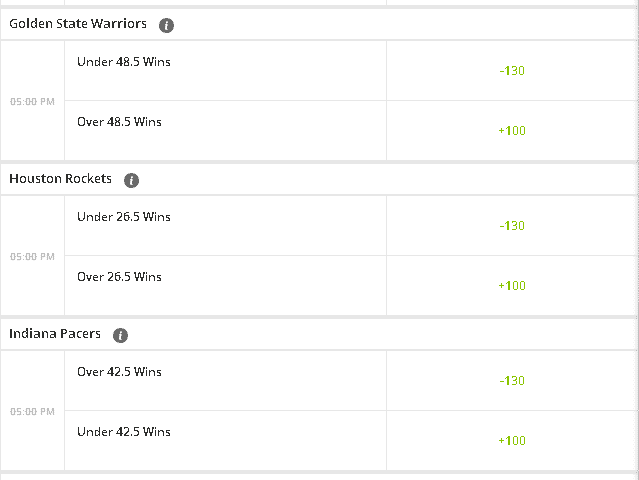 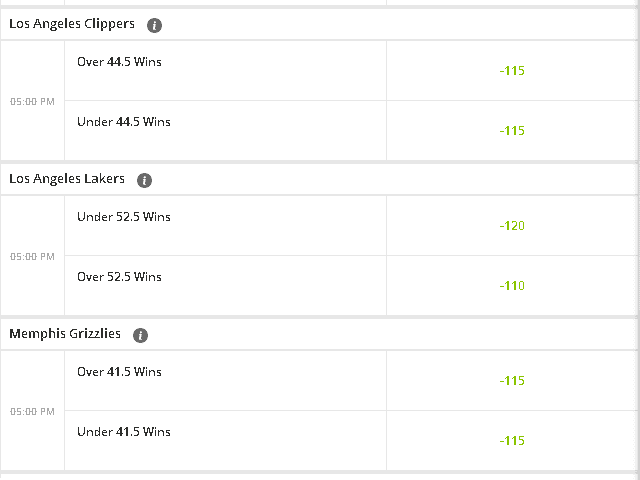 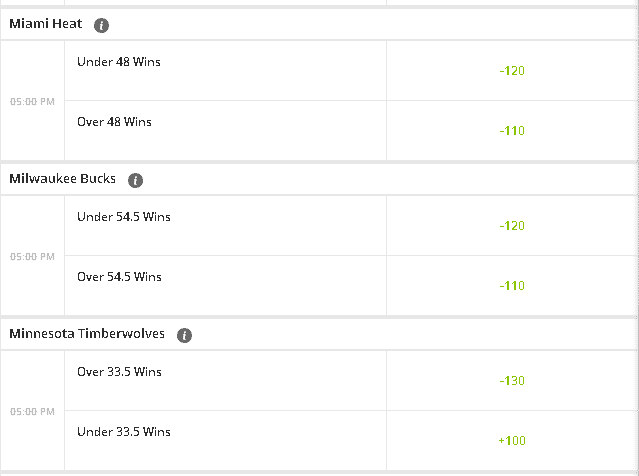 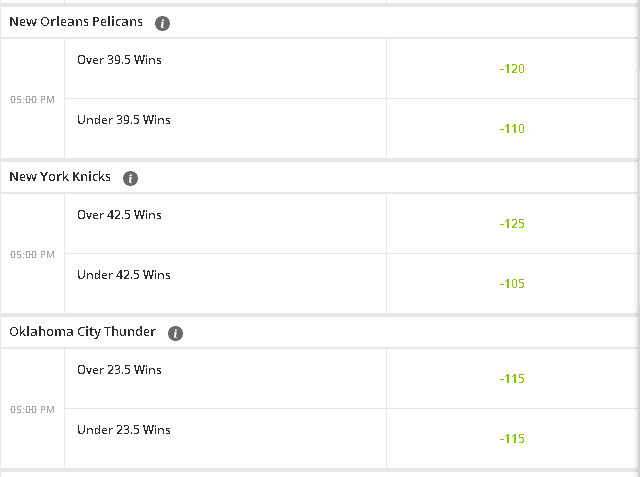 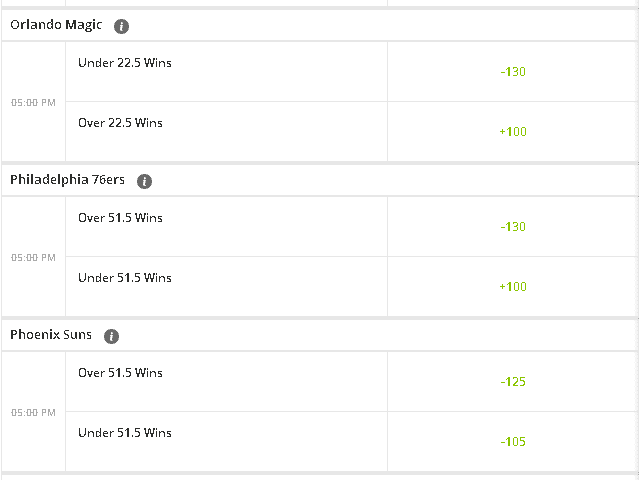 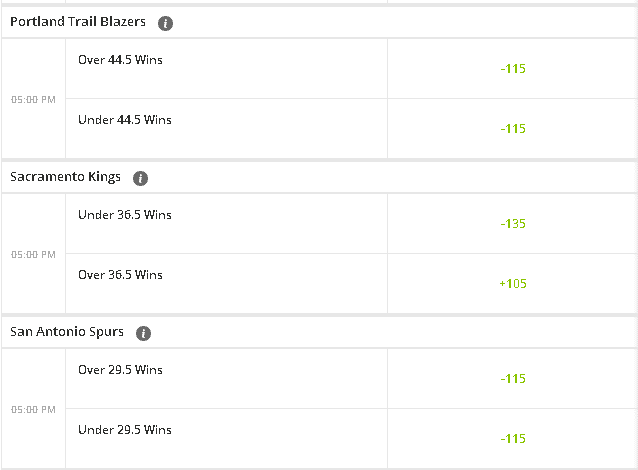 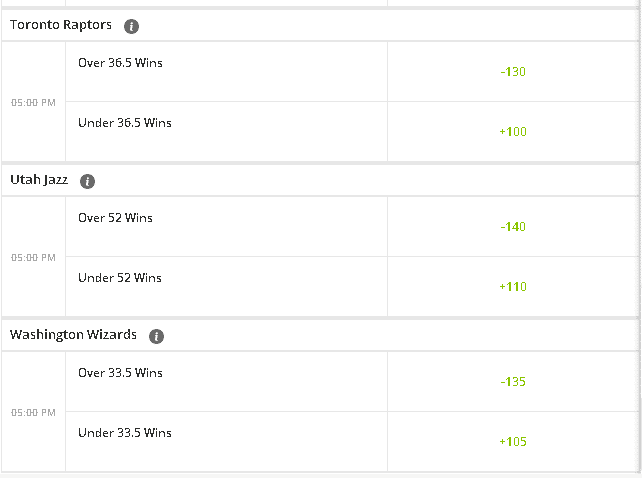 In the 2021-22 NBA season, the Suns lost in six games versus the Bucks in the 2021 NBA Finals. They had a two-game lead over the No. 3-seeded Bucks in the series, but they slacked off when push came to shove. Devin Booker and Chris Paul were too inconsistent. The Suns concluded their regular season with a record of 51-21 (.708).

Nonetheless, the Suns front office has to look forward to the future. In the offseason, they re-signed Cameron Payne, Frank Kaminsky, Abdel Nader and Chris Paul. They also signed Elfrid Payton and Chandler Hutchinson. While it will be difficult to make it back to the finals from the Western Conference, Phoenix could pull it off.

As for the Bulls, their offseason has been unexpectedly interesting. Not only did the team make a sign-and-trade agreement with the New Orleans Pelicans for Lonzo Ball, they also signed Alize Johnson, Tony Bradley and Alex Caruso. Moreover, through a sign-and-trade agreement, DeMar DeRozan was traded to the Bulls from the San Antonio Spurs. Bettors are excited to see how many games this new Chicago team can win next season.