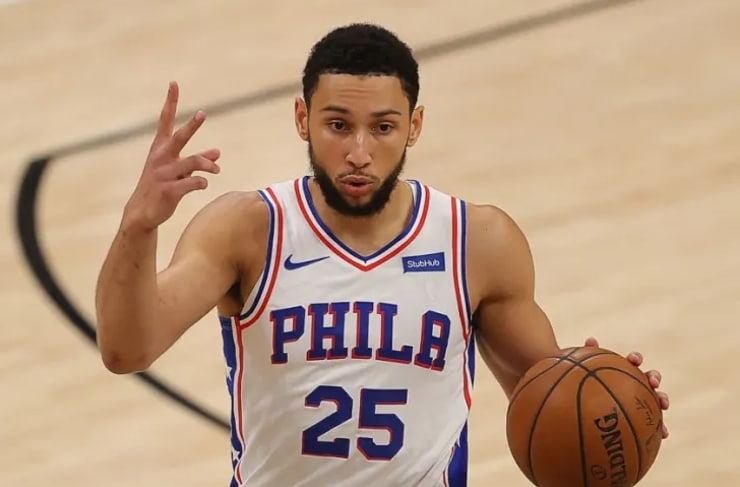 For the latest Bovada special, oddsmakers are asking which NBA All-Star will be traded first between Ben Simmons and John Wall. As of right now, Philadelphia 76ers point guard Ben Simmons has the favored odds (-600) over Houston Rockets point guard John Wall (+350). The question now is, which player will be traded first and which teams are interested?

The Portland Trail Blazers, Sacramento Kings, Minnesota Timberwolves and Golden State Warriors had the highest odds of trading for Simmons just a few weeks ago. In August, the 25-year-old Australian told media reporters that he wants to play for a California-based team. Simmons bought a mansion in Los Angeles for $17.5 million back in July.

Claim Free Bovada Bonus Code Worth Up To $1,000

Regarding California teams, aside from the Kings and Warriors, this would also include the Los Angeles Lakers and Los Angeles Clippers. However, both the Lakers and Clippers have not shown interest in trading for the fourth-year player. Oddsmakers were speculating in early September that 76ers general manager Elton Brand would trade Simmons during the regular season.

The Sixers are the favorites to keep the guard at the start of the 2021-22 season. Last month, Daryl Morey, the president of basketball operations for the 76ers, denied trade packages from the Raptors and Timberwolves. Morey is seeking multiple first-round draft picks and top-level talent to replace his three-time All-Star. The asking price is too high, according to these aforementioned teams.

As for Wall, Rockets general manager Rafael Stone has admitted to ongoing trade negotiations with the Los Angeles Clippers. Plus, the front offices of the Miami Heat and Detroit Pistons have also reached out to Stone. Similar to Simmons, one major obstacle Stone and Gretchen Sheirr—the organization’s president—are forced to handle is Wall’s hefty contract. Wall will earn about $91 million over the next two seasons.

Moreover, the guard’s lackluster performance against the Atlanta Hawks in last season’s Conference Semifinals series is partially contributing to the trade delay, too. Teams want a dependable, aggressive guard in the postseason. Most of all, they want consistency. On July 16, 2019, Simmons signed a five-year, $169.65 million contract extension with the organization. He will earn $31.590 million in the upcoming season and will make $33.930 in the 2022-23 season.

The guard can still lead his team in points when the going gets tough. Anyways, the 10-year veteran is due $44,310,840 for the 2020-21 season and he has a player option amount worth $47,366,760 in the 2022-23 season. The Clippers trading for Wall sounds likes a potential scenario. Nevertheless, will Wall get traded before Simmons?

Click Here For A Free Bet At Bovada
James Foglio