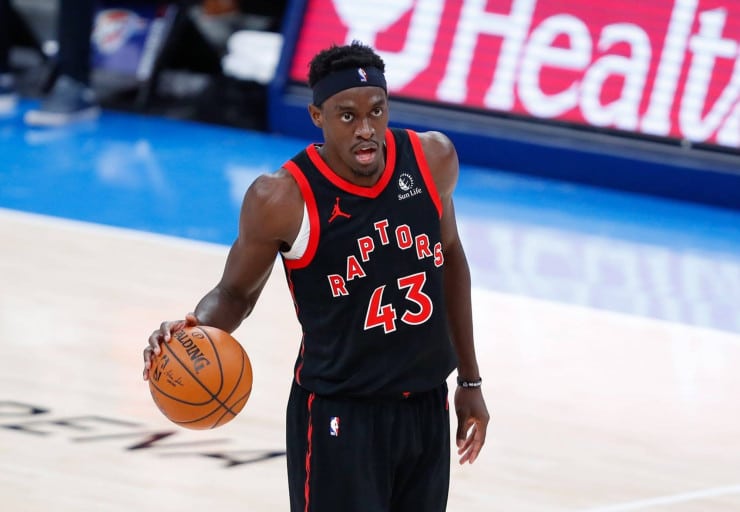 The Magic and Raptors will meet at Scotiabank Arena on Friday for the third time this season.

The Orlando Magic haven’t had many bright spots recently, but they were able to get Markelle Fultz back as he played his first game this week. Toronto finally has fans back in the arena after a few months of no fans due to Covid policies in Canada.

Below, we will take a look at players who are currently on the injury report for Friday night’s game. Toronto could have some late scratches as they played on Thursday night versus the Detroit Pistons.

The Magic will travel to Scotiabank Arena on Friday night for a battle versus the Toronto Raptors. For the latest NBA betting trends and free NBA picks on Friday’s game, check out our Magic vs Raptors preview below.

Toronto Looking To Get Healthy

The Toronto Raptors have had to miss Fred VanVleet for a few games recently but it’s to be expected that he plays on Friday unless they sit him at the last moment. In their last game, the Raptors lost a close game to the Pistons, 108-106. Pascal Siakam had 28 and Scottie Barnes had 21.

The Raptors as a team have been able to find some success this year, but not exactly what they are looking for. In the past few games, Scottie Barnes has been on a tear as he scored 18 points in the win against the Nets on Tuesday and 28 versus the Nets on Monday with his 21 on Thursday versus Detroit.

On the year, Toronto is ranked 15th in terms of offensive rating. They are in the middle of the pack offensively and have been average defensively as they currently have the 13th best defensive rating in the NBA.

Markelle Fultz finally back in action

The Magic lost a tough game to the Pacers on Wednesday 122-114. Franz Wagner led the way in the loss with 28 points and six rebounds

The Magic have been one of the worst teams in basketball all season. Fortunately for Orlando, they have been able to get Markelle Fultz after missing the entire season up until this point. In his two games, Fultz is averaging 10.5 points per game in just 15.5 minutes while shooting 76.9 percent from the field.

The Magic haven’t had many bright spots this season as they currently have the 10th worst defensive rating in the NBA and the second-worst offensive rating throughout the year.

They are hoping that Fultz can be the player everyone knows he can be to help them get back on track and speed this rebuild process up.

For this game, I am going to go with the Raptors to cover the spread and Pascal Siakam to have a double-double.

With how bad Orlando is defensively, I expect Siakam to come out in this one and take care of business. Toronto realizes that they are in a tough spot, and if they lose games, they could be out of the playoffs; they have to beat teams they are better than and this Raptors team is much better than Orlando.

Get free NBA bets for the Magic vs Raptors game at BetOnline below.