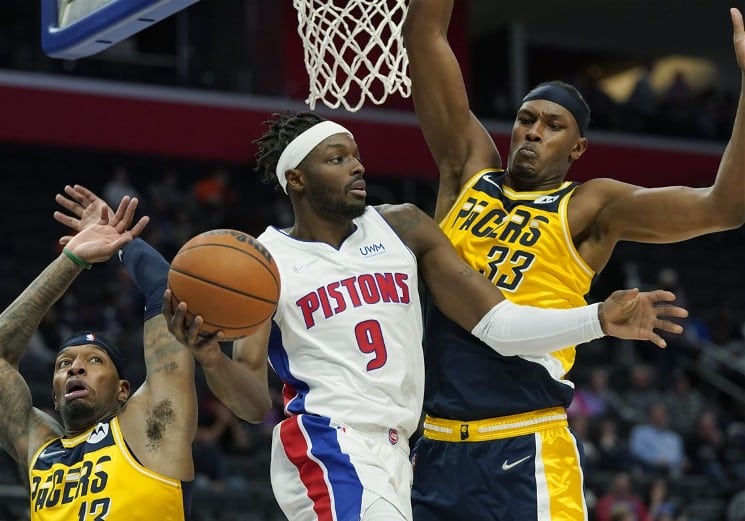 The Pistons and Pacers will meet at Little Caesars Arena on Friday for the third time this season.

Both of these teams have struggled mightily this season but that was to be expected. Neither team has done anything special at all this year as there have been little to no bright spots for either team. Newly acquired guard Tyrese Haliburton has looked good for the Pacers in his first few games with the team. Cade Cunningham has played well for Detroit, too.

Below, we will take a look at players who are currently on the injury report for Friday night’s game. Detroit could have some late scratches as they will play on Thursday night versus the Toronto Raptors.

The Pacers will travel to Little Caesars Arena on Friday night for a battle versus the Detroit Pistons. For the latest NBA betting trends and free NBA picks on tonight’s game, check out our Pacers vs Pistons preview below.

Indiana has won three of their last five games including their most recent win against the Orlando Magic where Malcolm Brogdon scored 31 points and was able to add 11 rebounds and eight assists.

The Indiana Pacers as a team have not been able to find much success with Tyrese Haliburton on the court but none of that is because of him. In his eight games with the Pacers, he is currently averaging 20.4 points per game while shooting over 50% from the field and 43.9% from three-point range. Halliburton is also averaging 9.6 assists per game and 2.1 steals. In his last game versus the Orlando Magic, Haliburton scored 21 points and had three three-pointers.

On the year, Indiana is ranked 17th in terms of offensive rating. They are in the lower of the pack offensively and have been below average defensively as they currently have the 15th worst defensive rating in the NBA.

The Detroit Pistons lost a tough game to the Washington Wizards on Tuesday, 116-113. Jerami Grant led the way with 26 points and three rebounds.

The Detroit Pistons have been one of the worst teams in basketball all season. Fortunately for Detroit, they have been able to look decent since the All-Star break as they have wins over the Cleveland Cavaliers, Charlotte Hornets, and two close losses to both the Boston Celtics and the Wizards.

The Pistons haven’t had many bright spots this season as they currently have the 5th worst defensive rating in the NBA and the third-worst offensive rating throughout the year. The only bright spot for this team has really been Cade Cunningham all season long as he’s showing everybody why he was the number one pick in the NBA draft. Cunningham is averaging 15.8 points per game, 6.1 rebounds, and 4.7 assists throughout his last 10 games. In Cunningham’s last game versus the Wizards, he scored 20 points on 50% shooting with nine rebounds.

For this game, I am going to go with the Pacers to win outright. Although Indiana is going to be on the road and they have been bad all year long, They’ve been playing a little bit better basketball as of late and Detroit just hasn’t been able to find ways to get the job done despite keeping some of their games close. I expect Detroit to come out firing, but I do think that Indiana is going to win this game because of how they have played throughout their last five games.

Get free NBA bets for the Pacers vs Pistons game at BetOnline below.