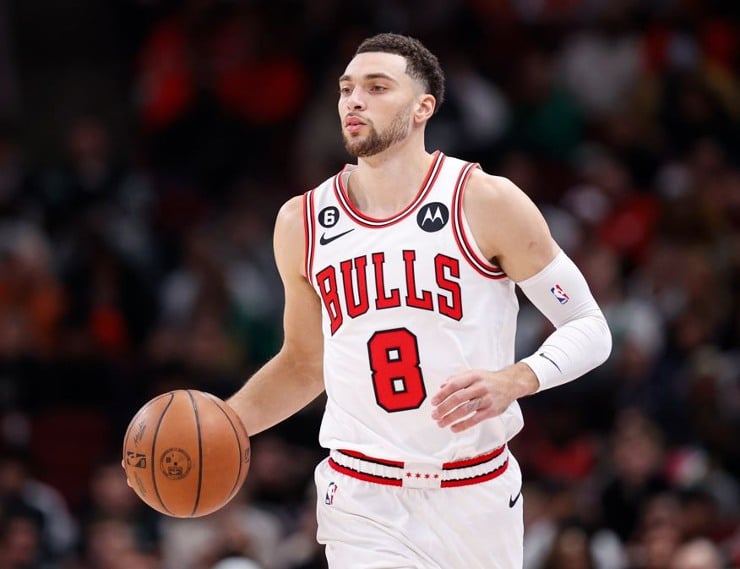 As it’s been for a number of years now, players who signed as free-agents in the previous offseason usually have trade restrictions until they are lifted on 12/15. Certain players remain ineligible to be traded until 1/15 which is two Sundays from now. Championship caliber teams are trying to make upgrades to their roster before the final trade deadline on 2/9 and other teams are looking ahead to the future trying to gain assets in picks. With that being said, there are a number of players who have been rumored in trades all season and could be on the move soon.

The next month or so is when the trade market is really going to start heating up. We always see blockbuster trades like last years swap between the Brooklyn Nets and Philadelphia 76ers in crunch time. Other teams may be interested in shaking up trades a bit earlier than normal.

One things for sure, the trade market is full of top talent that could improve those championship caliber teams down the line. NBA betting sites have the Celtics with the lowest odds at (+375) to win the Finals this season.

The seven-footer’s role has decreased for the Magic this season as rookie sensation Paolo Banchero see’s significantly more minutes than Bamba. Additionally, Bol Bol is having a breakout year for the Magic and he to is playing more than the sixth-overall pick in the 2018 NBA draft. He’s making $10.3 million this season and has a non-guaranteed $10.3 on the books for next season. Orlando has been experimenting with bigger lineups this season which has benefited Bamba, but it’s unclear whether he’s apart of their long-term future plans with the team.

Eric Gordon is 34 years old and is a valuable veteran in this league, especially on the Rockets as they continue to get to younger and younger each season. His name has been on the trade market for years now in Houston yet he’s in his seventh season with the franchise. Their asking price for him has been a first-round pick along with players that can match his $19.6 million salary. He’s got a non-guaranteed $20.9 million next season, but trading him now might be the right move for both sides. Gordon is averaging 12/2/2 this season.

It’s been a disappointing season for Evan Fournier with the New York Knicks. He’s essentially fallen out of the rotation for head coach Tom Thibodeau and is experiencing some career-low numbers this season. Fournier’s field goal and three-point percentage are career-low’s along with his minutes played per game being the second-lowest since his rookie season. The offseason addition of Jalen Brunson and Thibodeau playing younger players have all lead to the down season for him. He’s a career 38 percent three-point shooter and just hasn’t had a large enough role this season to get out of a shooting slump.

Evan Fournier was happy to be given an opportunity to play in an actual game after sitting on the bench for over a month. #NYK #KNICKS

The Miami Heat’s season has been dismantled with injuries and the season has been disappointing for those involved. Kyle Lowry is well past his prime in the NBA and the Heat took a gamble last season when they signed him. He was two seasons removed from the championship with Toronto at the time and just hasn’t been the same player in Miami. His leadership and veteran presence are still valuable to the team. However, if Miami are serious about trying to be a contender this season, moving on from Lowry and getting some win-now assets may be the smart move.

One of the biggest names in the offseason was Jae Crowder and many were wondering where he would end up. We’re in the first week of 2023 and he is yet to be signed by a team yet this season. He and the Suns tried working out a contract extension in the summer, but nothing happened. Other teams could be waiting until some of their own players become trade eligible before they start making moves for Crowder in order to have assets of their own.

The LA Lakers have already been in discussions surrounding Bojan Bogdanovic. With Cade Cunningham sidelined for the rest of the season, Bogdanovic has stepped up to have huge role in the offense this season. For the second-time in his career he is averaging over 20 points per game and has been thriving with Detroit. LA made a call about Bojan and the Lakers offered a “heavily protected” first-round pick and Detroit said that the pick must be unprotected. Clearly Bogdanovic has fans elsewhere in the league and he could be a serious trade target.

The Pistons are seeking at least one first-rounder and either a young player with upside or additional draft capital in exchange for Bojan Bogdanovic, per @JakeLFischer pic.twitter.com/8O7nWpkCx2

Myles Turner and the Indiana Pacers have been in a stand-off for years now about how much they want to pay him long-term. NBA insiders have hinted that he may be on the move if a deal if an extension is not made fairly soon. He’s came out and said that he is unhappy about his role with the team and feels like a “glorified role-player” for Indiana this season. At 26, Turner still has so much potential ahead of him and there are definitely teams who could benefit from adding a big man like himself.

John Collins has been available for trade for over a year now and he is still with the Hawks. His role with the team has diminished this season as the team added Dejounte Murray in the offseason. It’s resulted is Collins taking less shots per game and his scoring averages are down this season. He’s in the second year of a five-year, $215 million deal. Collins has been linked to multiple other teams like the Jazz, Pacers, Mavericks, and Suns. Atlanta’s front office need to sit down and have a serious chat about whether Collins is a real part of the teams future or not.

Former NBA champion Kyle Kuzma is having a breakout season with the Wizards, but has still been rumored to be unhappy with his current situation and likely wants out of Washington. His (21.3) points per game are a career-high for him this season. He’s already came out and said that he will be declining his $13 million player option for next season and the Wizards may see that and want to move on this season with him. At 11th in the East, it would be hard for Kuzma and the Wizards to be a serious title contender this season.

The Chicago Bulls have been a real disappointment this season and it’s caused on and off-court disconnect between players and the front-office. Most involved in this disconnect is all-star SG Zach LaVine. Lonzo Ball’s injury has derailed the true potential of the Bulls offense this season as Ball is the engine that helps the team run. At 27, he still has a a number of years left in his prime and has had other teams interest for a while now. None more than than the LA Lakers.