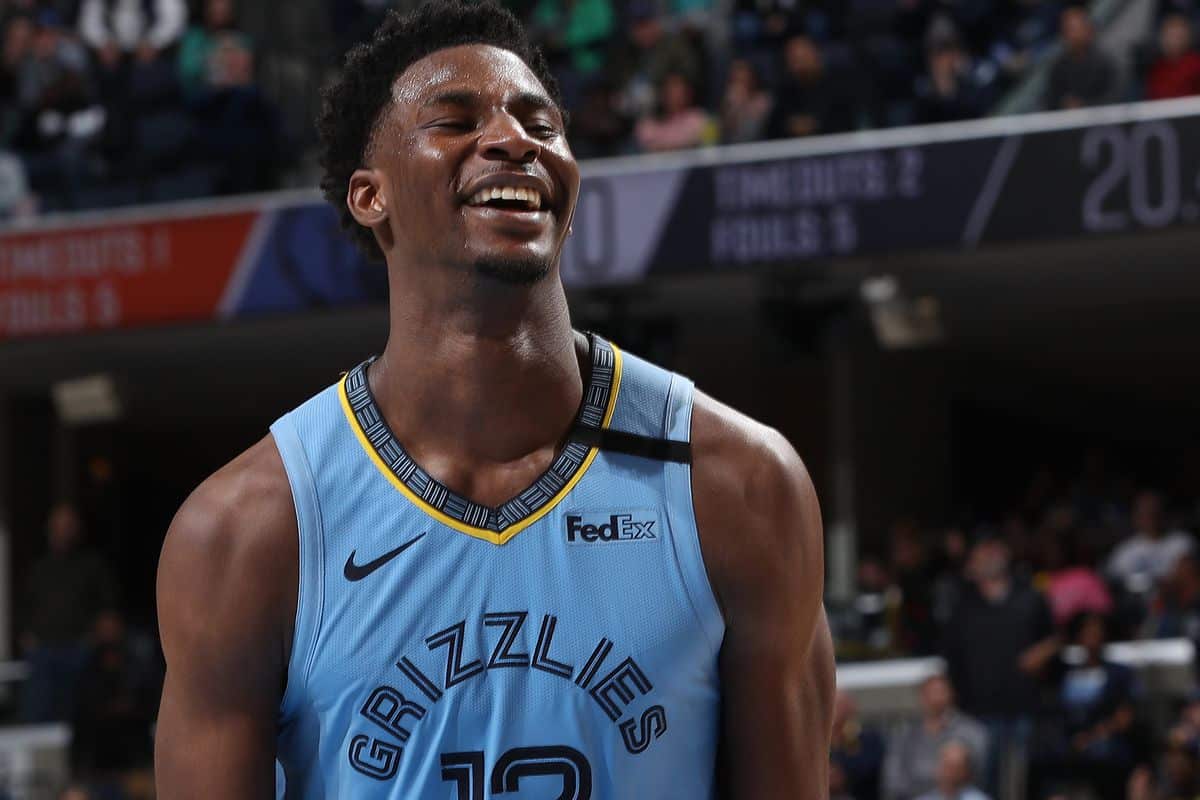 We have reached the halfway mark of the 2022-23 NBA season, with voting pools for each of the end of season awards beginning to take shape such as Defensive Player of the Year.

In 2022, Marcus Smart of the Boston Celtics became the first guard to win Defensive Player of the Year since Gary Payton in 1996 and the second Celtic to win it after Kevin Garnett.

Traditionally, the award has belonged to the big men of the league with the likes of Rudy Gobert, Giannis Antetkounmpo, Kawhi Leonard and Draymond Green taking home the honour in recent years.

There is only one guard inside the current top ten candidates according to NBA betting site BetOnline with an odds-on favorite leading the way at the halfway point. 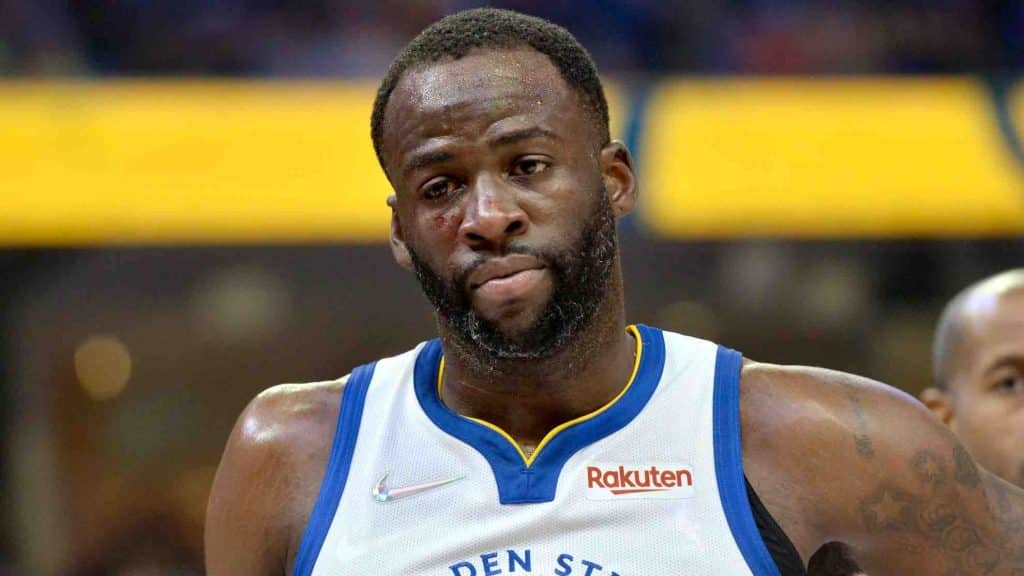 Coming in at number 10, Golden State Warriors forward Draymond Green is widely regarded as one of the NBA’s most versatile defenders and won the Defensive Player of the Year award in 2017.

Amongst qualifying players, the 32-year-old ranks as the third-best rim protector in the NBA. 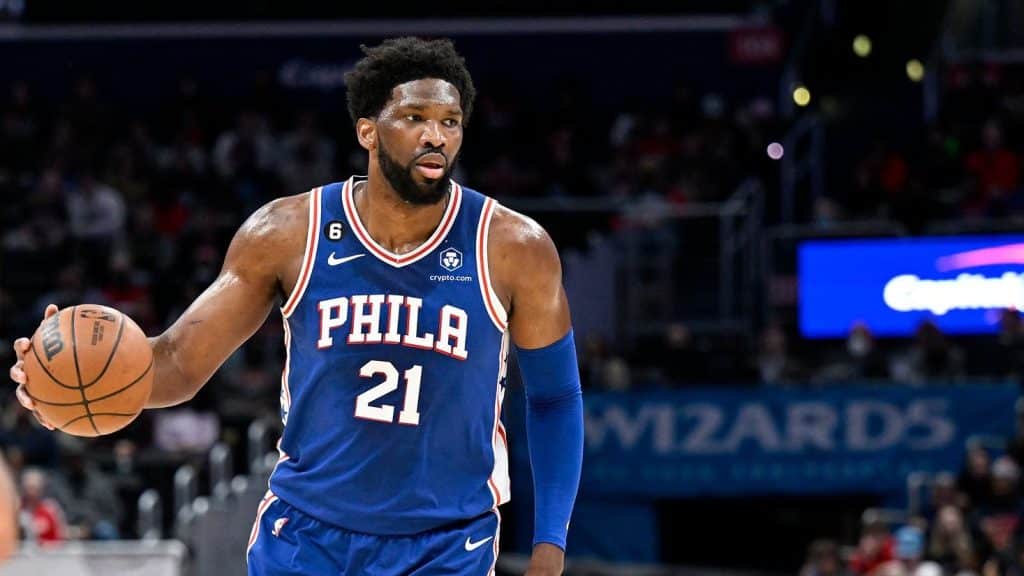 As well as dominating the NBA on the offensive side of the floor with an average of 33.6 points per game this season, Philadelphia 76ers big man Joel Embiid ranks 9th in Defensive Player of the Year candidates.

The 28-year-old averages 1.7 blocks and 1.1 steals per game and has the lowest defensive rating in the league this season at 106.3 and the Sixers rank third in points allowed.

Philadelphia hold the fourth-best defensive rating (110.6) as a team in the NBA and are inside the top ten for opponent field goal percentage. 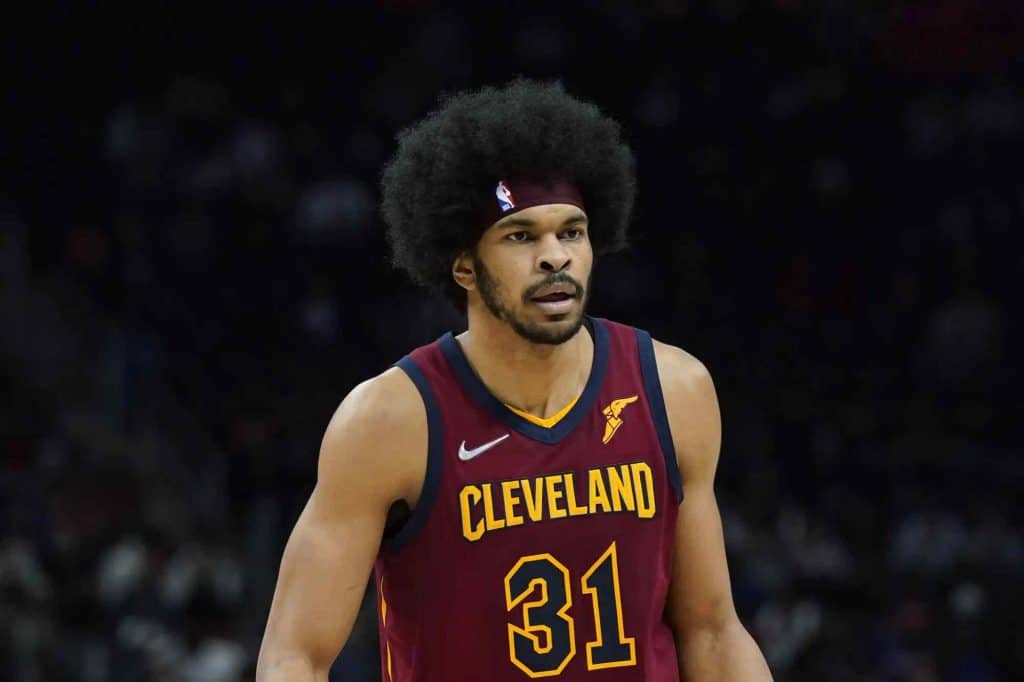 The Cleveland Cavaliers rank second in the NBA’s best defensive rating, in large part thanks to six-foot-nine big man Jarrett Allen protecting anything and everything at the rim.

The 24-year-old was a first-time All-Star in 2022 and averages 1.2 blocks a game, with a Defensive Player of the Year award certainly on the cards at some point during his career, if not this season.

Allen ranks fourth in the NBA in individual defensive rating and is currently 10th in the Eastern Conference frontcourt for All-Star votes. 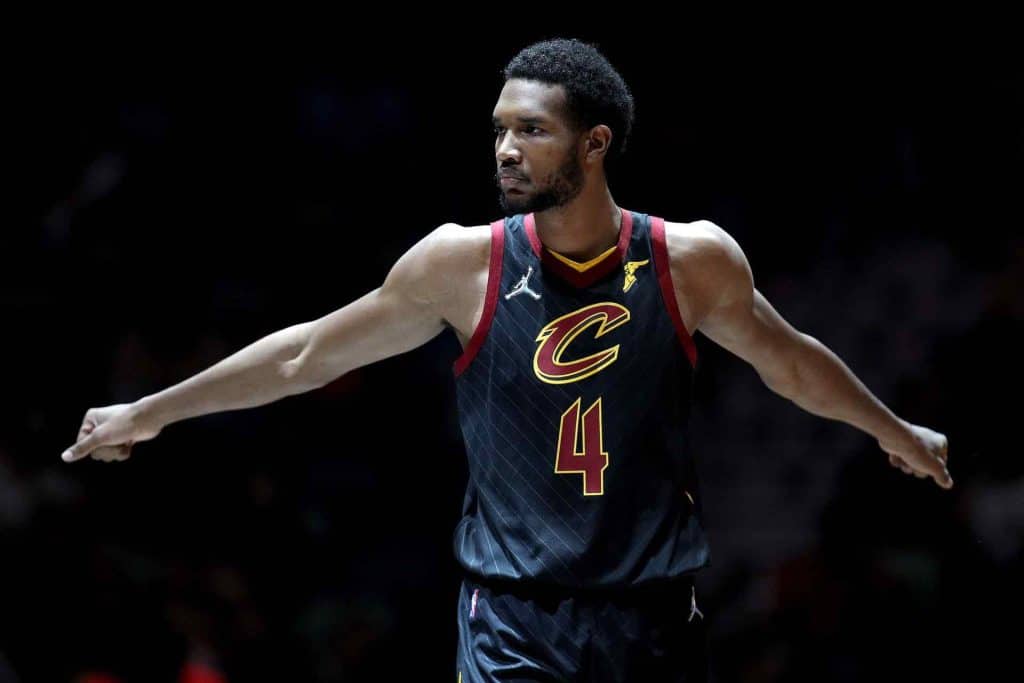 Allen’s partner-in-crime and the second of the ‘twin towers’ in Cleveland, Evan Mobley, has established himself as one of the best defenders in the league despite only being in his second season.

Mobley averages 1.3 blocks per game as well as 8.8 rebounds and can guard 1-through-5, with a 7’4 wingspan posing an immediate threat to shooters on the perimeter.

Listed at 7’0 tall, Mobley is the perfect combination of size and skill and has been likened to Kevin Durant due to his long frame and ability to shoot over the top of any defender. 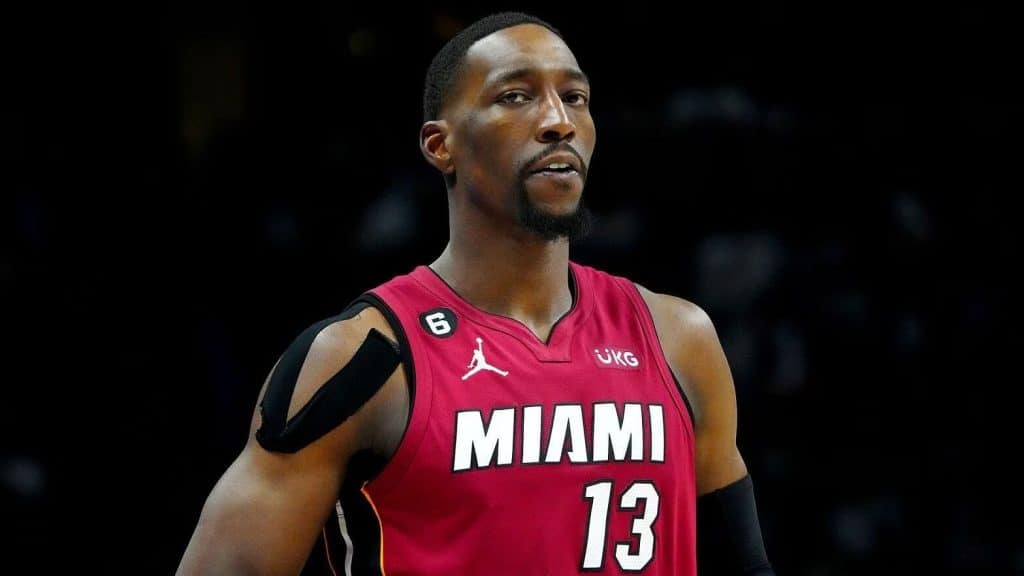 Miami Heat center Bam Adebayo felt hard done by after being pipped to the Defensive Player of the Year award by Marcus Smart last season, and currently has the sixth-best odds to take home the honour this time around.

Averaging 0.8 blocks and 1.1 steals per game, the 25-year-old is also a very versatile defender and will take on the challenge of guarding any player on the floor – whether it be 6’3 Steph Curry or 7’0 Joel Embiid. OG Anunoby is the sole guard on our top ten list of the best NBA Defensive Player of the Year candidates and is enjoying a breakout season in Toronto, averaging a league-best 2.3 steals per game.

The 25-year-old, born in London, has 82 total steals so far which is 11 ahead of De’Anthony Melton in second place with 71 and is statistically the most positionally versatile defender in the league.

Anunoby guards the toughest matchup each night he’s on the court, forces frequent turnovers and opponents shoot just 21% when isolating against him. 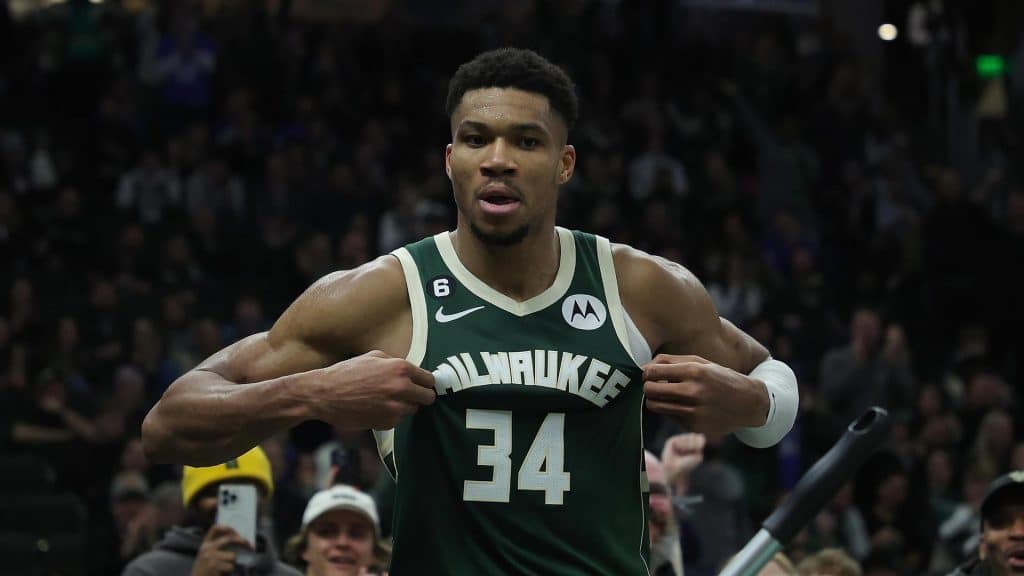 Milwaukee Bucks forward and two-time MVP Giannis Antetokounmpo has the fourth-best odds to land a second Defensive Player of the Year award this season after winning it in 2020.

Giannis ranks third in the NBA in individual defensive rating and averages 0.9 blocks and 0.8 steals per game with the most defensive rebounds a night (9.5) across the league. 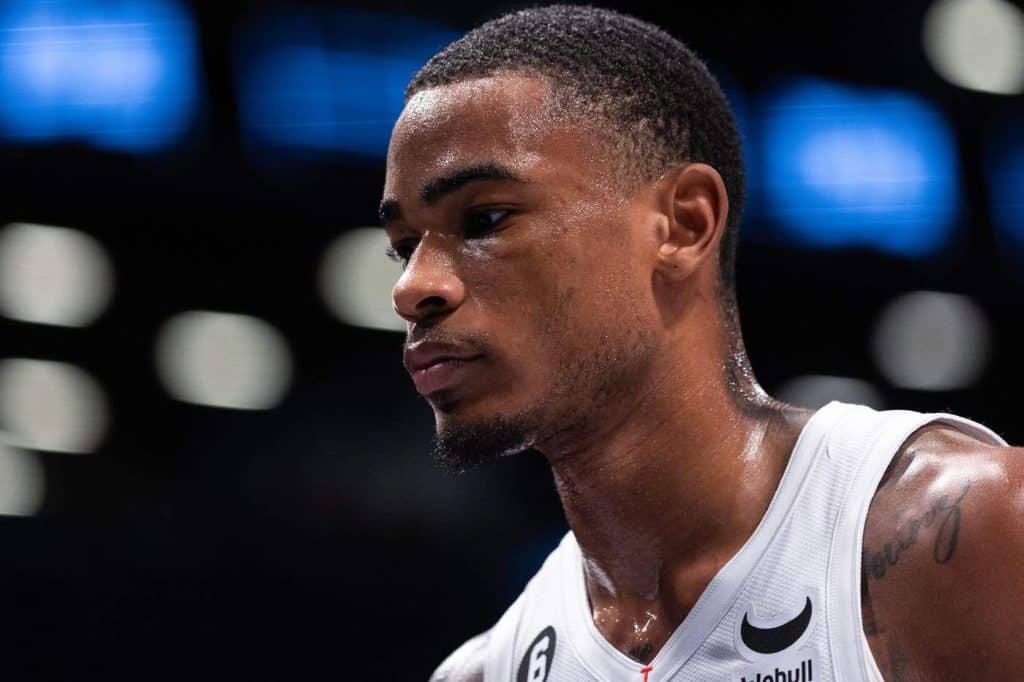 Brooklyn Nets big man Nic Claxton is right in the mix to win the NBA’s Defensive Player of the Year award and has played a pivotal role in the New York side rising to second place in the Eastern Conference.

The 23-year-old firmly believes he should be in the conversation to win the award and is also a potential candidate to win the Most Improved Player award. Bucks center Brook Lopez is joint-second in the NBA in blocks per game and has multiple nights with six or more blocks this season, more than the entire league combined.

Lopez’s teammate Antetokounmpo recently endorsed the 34-year-old as the leader to win Defensive Player of the Year and said: “It’s insane how he’s playing right now. In my opinion, and probably Jrue [Holiday]’s.”

The one-time All-Star in 2013 has made one All-Defensive team in his NBA career, earning Second Team honours in 2020 and is in line for a First Team spot this season. 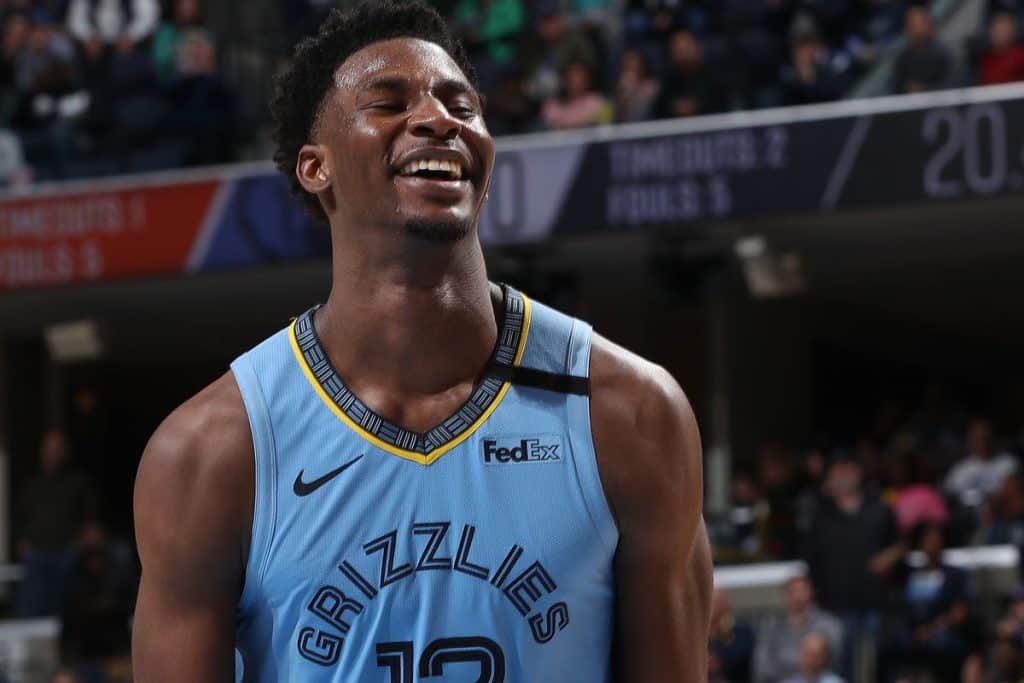 We already have an odds-on favorite to win the Defensive Player of the Year award this season, Memphis Grizzlies forward Jaren Jackson Jr who is filling the stat sheet each night with incredible numbers.

Jackson Jr has eight games with five or more blocks this season and sits at 12th in per game value, averaging a league-best and career-high 3.3 blocks per game despite playing 1.0 minutes less than last season.

The 23-year-old has four games with 8+ steals and blocks this season, two more than Los Angeles Lakers star Anthony Davis whilst the rest of the NBA has one combined – Jackson Jr has done it in over 17% of his games this season.