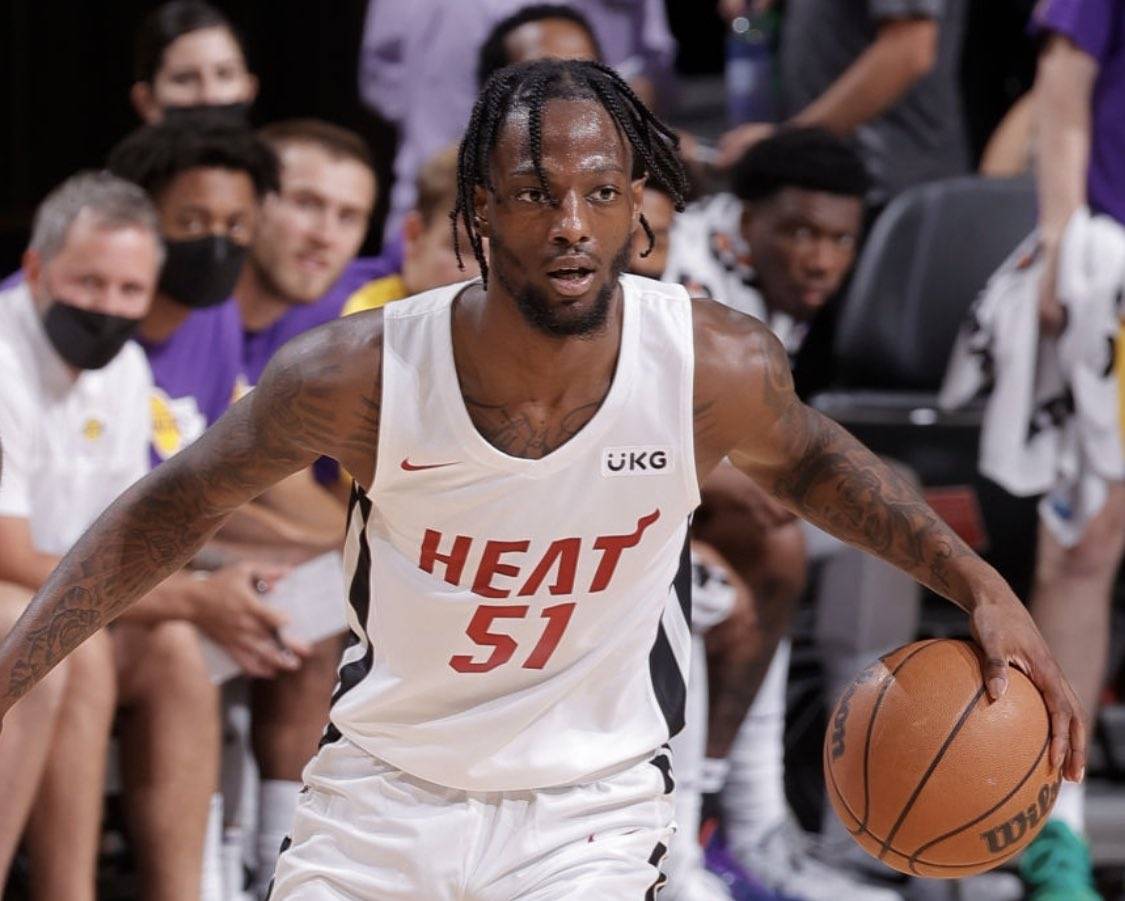 Marcus Garrett has signed a two-way deal with the Miami Heat. On July 30, 2021, he originally signed an Exhibit-10 contract with the organization. After playing two games in the 2021 California Classic Summer League, the point guard averaged 10.5 points, 6.5 rebounds, 2.5 assists, 1.9 blocks and a 77.8 field goal percentage. He led the team in rebounds, steals and blocks. Miami finished with a record of 2-3 (.400), ranking 17th in the Summer League.

Kansas guard Marcus Garrett is signing a two-way deal with the Miami Heat, his agent Mike George of @onelegacysports tells ESPN. Garrett honored his college rep as a tenacious defender in summer league.

Marcus Garrett is one of the best defenders

Garrett earned his third Big 12 All-Defensive Team selection and first second-team All-Big 12 selection last season. His steal percentage in his final college season was 2.8, which ranked fifth overall in the Big 12. On February 15, 2020, in the team’s 87-70 win over the Oklahoma Sooners, he scored a career-high 24 points, stemming from six three-pointers made.

The Miami Heat finished 40-32 (.556) in the 2020-21 NBA season, ranking sixth overall in the Eastern Conference. However, they were later swept by the Milwaukee Bucks in the first round of the playoffs.