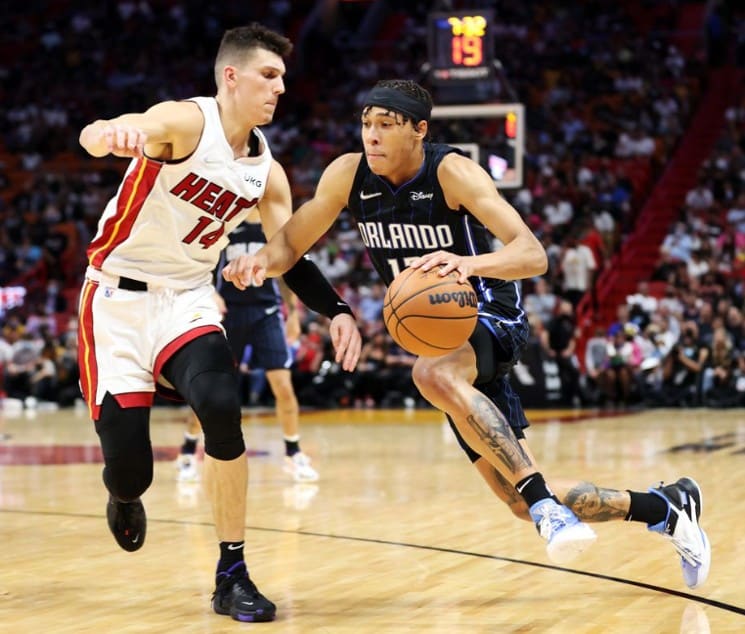 Considering that both of these teams have been in the bottom half of the NBA for the entire season, it’s going to be a difficult game to predict. OKC has a slew of injuries, which is probably why the Orlando Magic are the favorites in this one.

Orlando will travel to Oklahoma City on Wednesday for a battle versus the Thunder. For the latest NBA betting trends and NBA free picks on Wednesday’s game, check out our Thunder vs Magic preview below.

The Orlando Magic haven’t had the season that they were hoping for, despite people expecting them to struggle. However, Orlando will be coming into this one after two impressive wins as they were able to take down the Golden State Warriors in their most recent game.

They ended up beating the Warriors by four points, as they had multiple contributions from a few different guys out on the court. Wendell Carter Jr. ended up leading the way with 19 points and eight rebounds in the win.

On the season, Orlando has the 28th rated net rating, the 29th rated offensive rating, and the 18th ranked defensive rating.

OKC Looking For A Short-Handed Win

They’re currently on a 10-game losing streak, including their most recent loss to the Boston Celtics. They ended up losing 130-123, despite Tre Mann scoring 35 points.

On the season, Oklahoma City has the 27th rated net rating, the 30th rated offensive rating, and the 15th rated defensive rating.

For this game, I’m going to go with the Orlando Magic to win outright. I am always skeptical of putting money on the Orlando Magic, but when considering that the Thunder are going to be missing some of their better players, I do think that Orlando could sneak this one out.

I also like the UNDER in this one considering both teams are dealing with some injuries and have had difficulty scoring the basketball at times this year.

Get free NBA bets for the Magic vs Thunder game at BetOnline below.