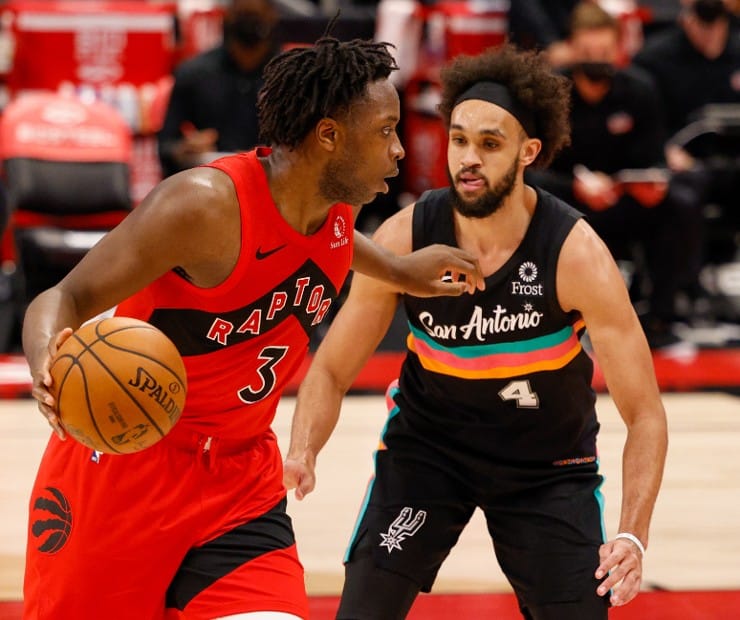 The Toronto Raptors and the Indiana Pacers are set to meet on Saturday at 7:30 EST. This game is going to be played at the Scotiabank Arena as Toronto will be coming in at 41-32 and Indiana will be coming in at 25-49. Considering that the Raptors have been playing much better recently, this is a game that they should be able to take care of.

Indiana will travel to Toronto on Saturday for a battle versus the Raptors. For the latest NBA betting trends and NBA free picks on Sunday’s game, check out our Raptors vs Pacers preview below.

The Toronto Raptors have been one of the more interesting teams throughout the entire season.

They’re going to be coming in with the number seven seed in the Eastern Conference, but if they find ways to get the job done towards the back end of the season, they can certainly move up a few spots.

Toronto is going to be coming into this one after an impressive 117-104 win against an above-average Cavaliers team on Thursday.

On the season, Toronto has the 13th rated net rating, the 15th rated offensive rating, and the 11th rated defensive rating.

The Indiana Pacers have been one of the more disappointing teams of this NBA season. They’re going to be coming in at 25-49 and have only won three of their last 10 games, while being on a two-game losing streak.

In Indiana’s most recent game against the Memphis Grizzlies, they ended up losing by 30 points.

On the season, Indiana has the 22nd rated net rating, the 16th rated offensive rating, and the 27th rated defensive rating.

For this game, I’m going to go with the Toronto Raptors to cover the spread. I think that Toronto is playing their best basketball as of late, and this is even a team who could make a run in the Eastern Conference playoffs.

Toronto is a much better team than a lot of people are giving them credit for, and I fully expected to take care of business.

Get free NBA bets for the Raptors vs Pacers game at BetOnline below.