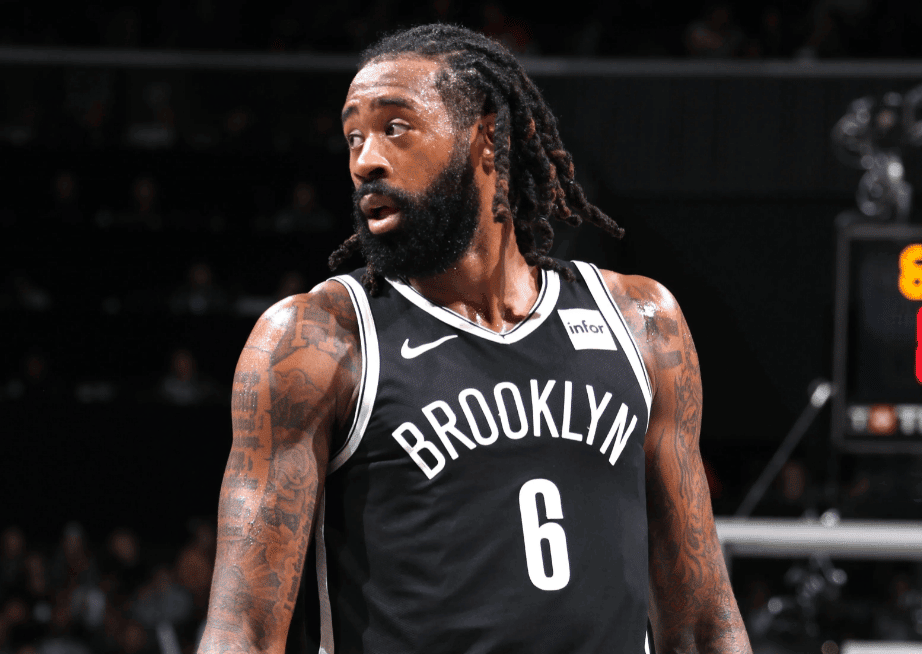 Per sources, center DeAndre Jordan is working towards a contract buyout with the Brooklyn Nets. On Monday, it was first reported that the Los Angeles Lakers were expressing interest in signing the 13-year veteran; they are now the official favorites. This news comes right after Rajon Rondo’s contract buyout with the Memphis Grizzlies. Rondo is expected to sign a one-year, $2.6 million deal with the Lakers today. The 35-year-old guard was waived by the Grizzlies yesterday.

Jordan was selected 35th overall by the Los Angeles Clippers in the 2008 NBA Draft. The All-Star played the first ten seasons of his professional career with the team. In the 2017-18 NBA season, on February 14, 2018, he scored a career-high 30 points, complimenting his 13 rebounds and four steals, against the Boston Celtics in the team’s 129-119 win. In the 2020-21 season, he averaged 7.5 points, 7.5 rebounds and 1.5 assists in 57 games played. Additionally, the six-foot-eleven center had a field goal percentage of 76.3 percent.

DeAndre Jordan and the Nets are working toward parting ways via a buyout, sources tell @ShamsCharania and @Alex__Schiffer.

Jordan is increasingly unlikely to be part of the organization moving forward, but the sides have not made a final decision. https://t.co/RXRrI03cyO

One suitor to keep an eye on, sources said, should DeAndre Jordan and the Brooklyn Nets reach a contract buyout: the Los Angeles Lakers.

During the 2017 first-round playoff series against the Utah Jazz—his last playoff series with the Clippers—the star averaged a career-high 15.4 points per game, along with 14.4 rebounds and 37.8 minutes played per game. As an unrestricted free agent, Jordan signed a four-year, $39.96 million contract with the Nets on July 6, 2019.

Why would the Lakers want DeAndre Jordan?

Perhaps, Lakers general manager Rob Pelinka is concerned about the health of Marc Gasol, Anthony Davis and Dwight Howard. Not only did Davis suffer a groin injury in Game 4 of the first-round of the 2021 Playoffs against the Phoenix Suns, Gasol is 36-years-old and Howard is 35-years-old. These big centers are valuable assets to the team, with their abilities to protect the rim, acquire rebounds and block out defenders. However, Gasol and Howard are getting up there in age. At least Jordan is two years younger than Howard.

On the Nets, head coach Steve Nash used Blake Griffin, Jeff Green and Nicolas Claxton more last season to defend the paint and perimeter than Jordan. The center was not used at all in Brooklyn’s postseason. Having said this, to play devil’s advocate, he is past his prime. He fell out of rotation because he is lacking the athleticism he once had. If the Lakers sign Jordan, it will be mainly for a much-needed stable safety net.

Though, the Lakers are not much different from the Nets. Playing alongside Kevin Durant, James Harden and Kyrie Irving is similar to fitting in with the Lakers’ Big Three: Anthony Davis, LeBron James and Russell Westbrook. Either way, Jordan is more relaxed, and he will have the opportunity to play with another contender. He is expected to jump from one team with the best odds (+250) of winning the 2022 NBA Finals and going back to a Western Conference team, possessing the second-best odds (+350) of winning their 18th NBA championship.